In 2015 the number of Greek real estate market transactions increased for the first time after the crisis. Foreign investors account for 20% of buyers.

According to data collected between 2005 and 2015 by the Greek Statistical Service (Elstat), the number of Greek real estate transactions increased for the first time in 2015, growing by 25% compared to the year before. 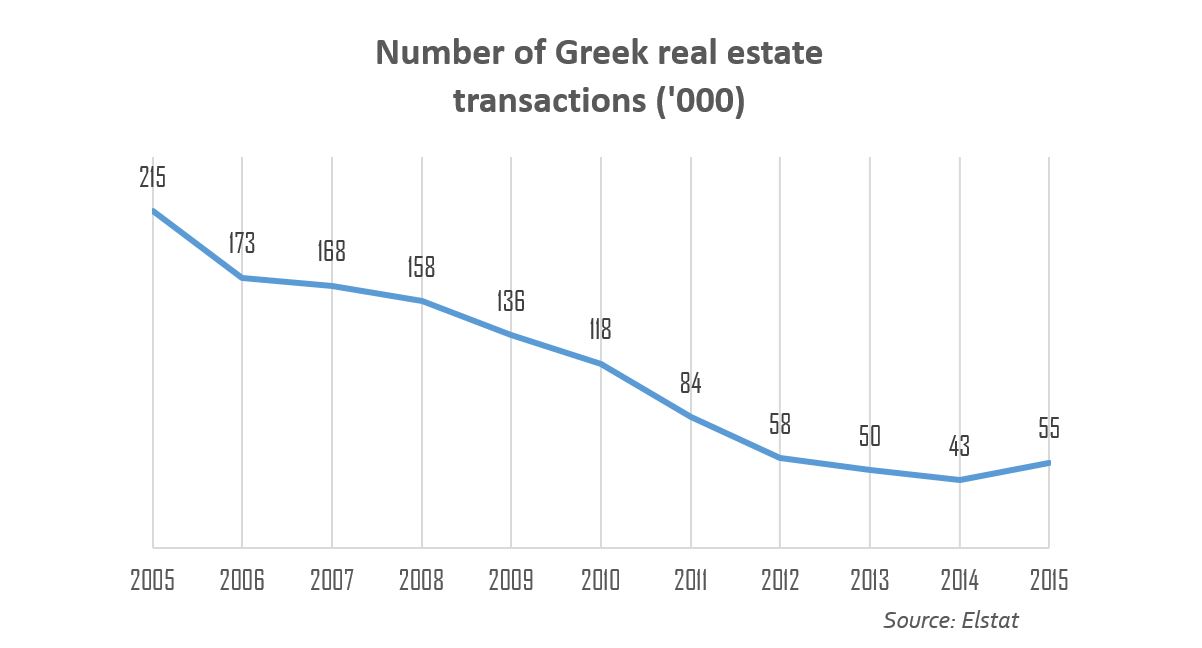 According to the founder of MODUS & AMPLIO, Takis Papaspyrou, buyers from Germany, Italy, Russia, France, America, China, Turkey and Arab countries account for about 20% of all real estate transactions in the country. 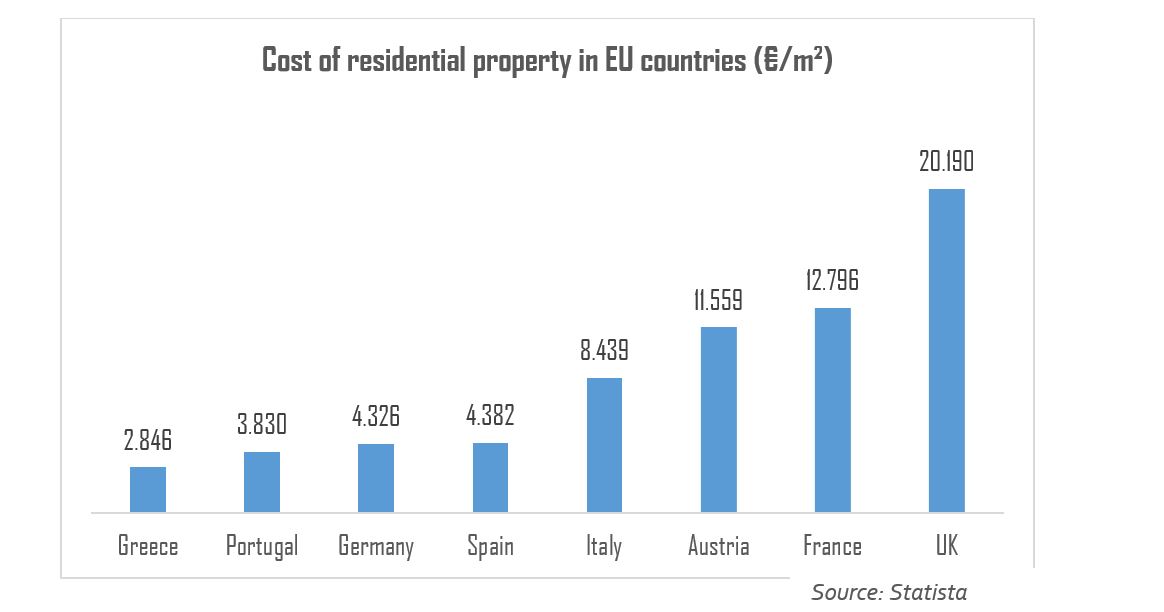 Western Europeans see the Athens property market as an investment opportunity. According to the Bank of Greece, in Q3 2017 property prices were 42% lower compared to pre-crisis levels, and many analysts expect a significant increase in the cost per square meter over the next three to five years. There are two reasons for this optimism:

According to Mr. Papaspyrou, foreign buyers used to focus on resort real estate (in 2015 about half of all transactions involving so-called Greek summer cottages were transactions involving foreign buyers). Now, they are looking at the Athens real estate market. Cheap property is the main driver for 80% of the Europeans who buy real estate in Greece. Foreigners can now consider property they could not afford to purchase before the crisis, including apartments in the ancient city of Athens and property along the coast.

According to the Bain & Company and China Merchants Bank, 32% of affluent Chinese are looking to invest abroad as part of their plans to emigrate. In 2013, the Greek government launched a Golden Visa program whereby any investor who purchases property from €250,000 is eligible for a residence permit. It is issued to applicants and their family members – spouse, children and parents – and may be renewed every five years. From the launch of the program until October 2017, more than 2,000 Chinese investors and their families have been issued residence permits.

Advantages of the Greek Golden Visa program are:

In 2017, finance company Arton Capital named the Greek passport as one of the most influential in the world, ranking it 7th alongside Australia. Holders of Greek passports can travel visa-free to 156 countries.

According to the Central Bank of Russia, in Q1–Q3 2017, payments from Russia for overseas property transactions grew by 25% compared to the same period in 2016, from $621M to $775M. The number of Russian investors in Greece has also been growing.

A significant portion of buyers from Russia targets the luxury property sector. According to analysts, this is because prices for luxury properties in Greece have fallen by about 50% since 2009 and because Russians tend to invest in foreign assets due to the economic instability in their home country.

One of the most popular locations among Russian buyers is the Athens Riviera, which refers to the southern suburbs of Athens – Faliro, Glyfada, Voula, Vouliagmeni and Varkiza – located 30-40 minutes by car from the city centre.

Investors from the United States

Greece has been receiving more attention from US authorities, largely due strains in US-Turkey relations and the need for a new strategic partner in the region.

“I am convinced that 2018 could be a turning point for the Greek economy, but that depends on creating the right investment conditions”, US ambassador to Greece Geoffrey Pyatt, said to the Greek Reporter news portal.

The optimism of American investors is tied to the rapid development of tourism in Greece. According to WTTC, tourism contributed to 18.6% of Greek GDP in 2016, a figure that is projected to grow to 22.4% by 2026.

Another reason Greek property is more popular now is the reduction of property transfer tax from 10% to 3%. Under new rules, 24% VAT applies to assets in buildings with construction permits issued after 1 January 2006, while property built before 2016 is only subject to a property transfer tax of 3.09% of the asset value.

Turkish nationals look for Greek real estate driven by instability in their home country. According to Deutsche Welle, there has been a tenfold increase in traffic to Turkish language versions of Greek real estate websites following the Turkish referendum held on 16 April 2017 that gave sweeping powers to the president.

Since the launch of the Golden Visa program, 396 Turks have received Greek residence permits. Moving to Greece is a serious consideration for many of them. According to Ekathermini, Turks are one of the most dynamic groups of the Greek property buyers today along with the British, Germans, French and Italians. Most Turks who buy Greek real estate have higher education, a medium or high income, and come from Western Turkey, the Aegean coast and Istanbul.

According to Daily Sabah, Turkish buyers are usually interested in luxury and resort real estate, shops, hotels, land and even parking lots. Many investors buy properties in prestigious Athens neighbourhoods such as Kolonaki, Psikhiko, Glyfada, Voula and Vouliagmeni.

Tranio.com is an international real estate platform with a network of 700 partners worldwide and a catalogue of more than 110,000 listings in 65 countries. The company publishes daily news, high quality analysis on foreign realty, expert advice, and notes on laws and procedures related to buying and leasing properties abroad so that readers can make their property decisions with confidence.