After petrodollars poured into the United Arab Emirates by a turbulent river, which allowed the country to become one of the richest ones in the world in a few years, officials as well as ordinary locals, had an irresistible craving for luxury. In the UAE there must be all the best, the most beautiful and the largest. Confirmation of the said above can safely be considered the majestic skyscraper “Burj Khalifa” in the city of Dubai, built in just six years and breaking a huge number of world records.

Burj Khalifa – what is it?

The Burj Khalifa is the tallest skyscraper in the world, which includes 130 floors and 828 meters in height. When the skyscraper was still under construction, its design height was kept secret. This was done in case a skyscraper of a higher height was designed somewhere – then adjustments could be made to the design of the Dubai tower in order to bypass potential competitors.

The construction of the skyscraper, which began in 2004, went at a speed of 1-2 floors per week. Every day, 12,000 workers worked on the construction, and the creation took more than 60 thousand tons of steel reinforcement and 320,000 m³ of concrete.

By the way, a special brand of concrete was even developed for Burj Khalifa that withstands temperatures up to +50 °C, given the weather conditions and the country’s hot climate. The mixture was laid at night, and ice was added to the solution. Also, the building is decorated with additional glass thermal panels that reduce the heating of the rooms inside. 57 elevators and 8 escalators – tenants have to move between floors literally with transfers, as only the service elevator rises from the first to the last floor. 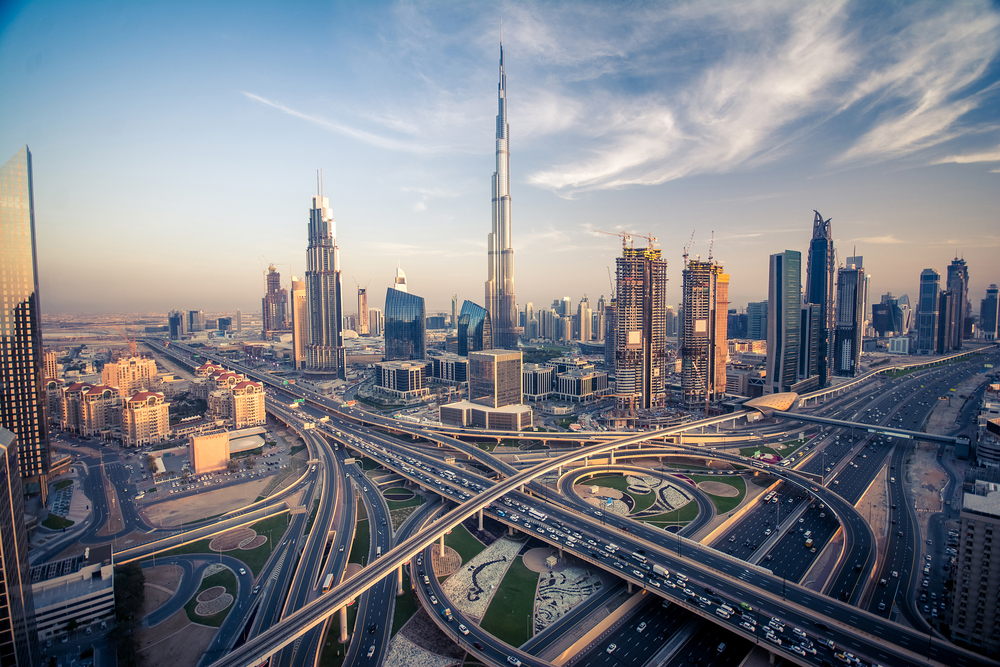 Inside the Burj Khalifa complex there are a hotel, apartments, offices, and shopping centers, on the 43rd and 76th floors there are gyms, swimming pools, viewing platforms with a jacuzzi. The Atmosphere restaurant with 80 seats is located on the 122nd floor – it is the restaurant located at the highest altitude in the world. It takes about three months to wash the entire glass surface of a tall skyscraper, and the building’s surface area is equal to 17 football fields.

Violation of the workers’ rights

During the construction process, according to countless investigations by the BBC and Human Rights Watch, all workers worked in terrible conditions: wages were constantly delayed, passports were taken from them, and due to extreme conditions, many of them were injured. There were even recorded deaths at the workplace, information about which they carefully tried to hide.