According to the 2017 Haunted Homes Real Estate Study by Realtor.com, 33 percent of respondents said they’d live in a haunted house and 25 percent might live in one. A minority of 42 percent of people were utterly closed off to the idea.

Of course, living with an otherworldly presence isn’t something most people would do just for fun. Only 8 percent of respondents said they would purchase a haunted house with no extra concessions made while 40 percent said they would require a price reduction and 35 percent a better neighborhood. Thirty-two percent would do it for more square footage, and 29 percent would take on a ghostly living partner in exchange for extra bedrooms.

If you’re looking to score a great deal for your clients and have a haunted home on your hands and don’t know how to position it, take a look at these haunted houses that have recently sold or are currently on the market.

Located in Mineral Wells, Texas, this 127-year-old haunted house even has its own website. The two-story, 2,800-square-foot structure has three bedrooms and two bathrooms and sits on a 2-acre lot. Most recently, it has been used as a tourist destination for paranormal thrill seekers who pay to spend a night on its haunted premises. Rumored to have been used as a brothel initially, the ghosts apparently don’t care for renovations. With an asking price of $125,000, it’s a gamble to see who will be the one to take the ghosts on and give this old property some love. 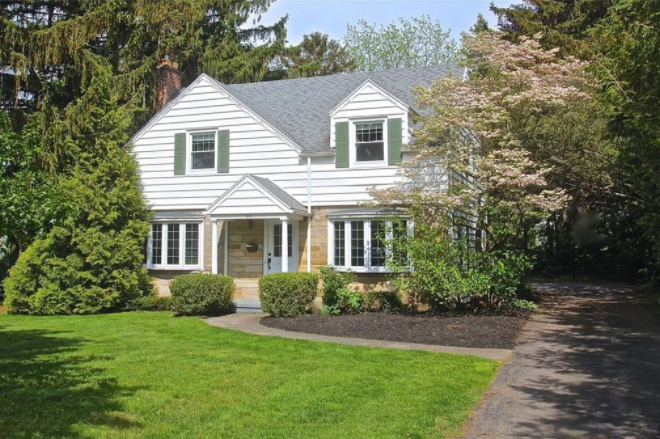 The jury’s out on whether this house is actually haunted or just really creepy. Either way, the sellers are offering a bargain if you’re willing to take the gamble. Located in Westfield, New Jersey, this six-bedroom, four-bathroom colonial style house, built in 1905, is on the market again. It’s priced at $1.1 million, about $220,000 less than it was purchased for in 2014 after the previous owners remodeled and sold it to Derek and Maria Broaddus. Before the couple and their children moved in, they began receiving letters from someone identifying him- or herself as “the watcher.” “My grandfather watched the house in the 1920s,” one letter details, “and my father watched in the 1960s. It is now my time.” Other letters also asked for fresh, young blood and claimed to know the names of the family’s children. It later came to light that the previous owners also received such letters, something they failed to disclose when selling the house. 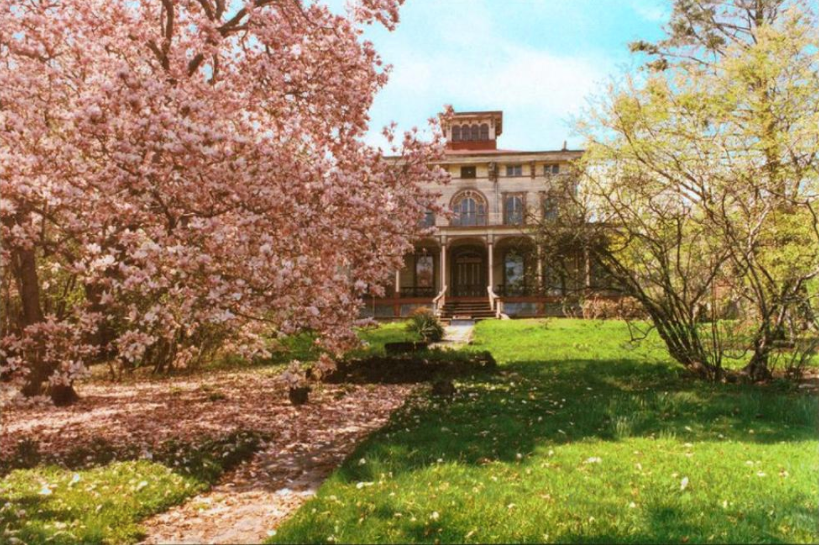 On the market for the first time since 1981, this seaside property in Cape Elizabeth, Maine, was built in 1874 by Sylvester Beckett, a lawyer who constructed most of the building himself out of locally sourced stone. It’s 1,981 square feet with three bedrooms, three bathrooms, and a friendly ghost. It’s said to be haunted by Sylvester Beckett himself, who will rearrange paintings, pull sheets off the beds, and open doors. 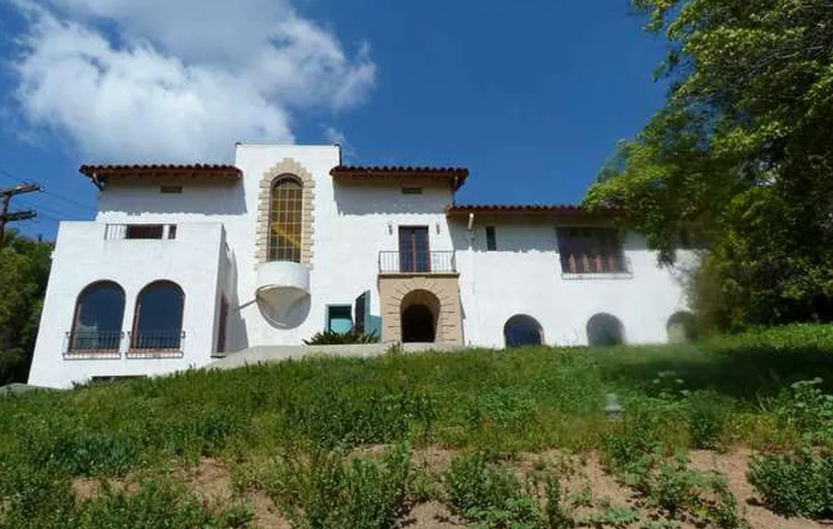 This Spanish revival home, built in 1925, was just recently sold for $2.289 million to people who intend to live in it for the first time since a grisly 1959 murder took place inside the Los Angeles home. The now-famous legend goes that Harold Perelson, a local doctor, murdered his wife with a hammer before trying to do the same to his children. While one escaped to a neighbor’s and sounded the alarm, Perelson committed suicide. The house has been empty since then, except for renters who inhabited it following the murders. Legend has it they ran screaming from the house on Christmas day, leaving unopened presents inside. They never returned. 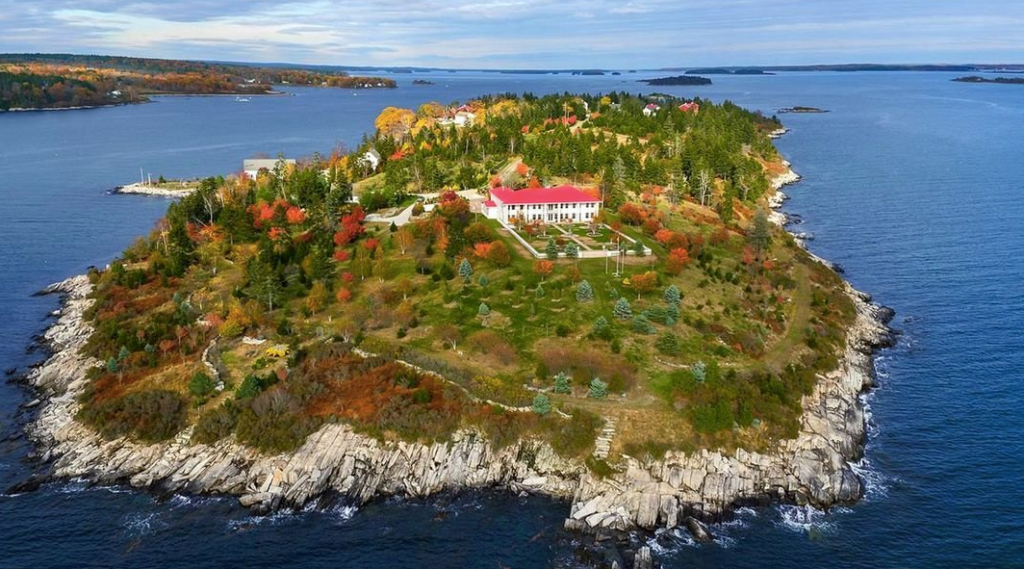 Listed for $1.74 million in 2015, this house is the fashion world’s idea of haunted. This Staten Island home was built by a New York militia commander in 1855. When the property’s most recent owner purchased the 7,700-square foot, 10-bedroom home in 1990, he remodeled the first floor but left the upper floors as-is, giving them a ghostly appearance that the fashion world loved. The space was often rented to magazines such as Elle and Vogue for ghostly fashion shoots. It had all the ghostly vibes with zero of the negative repercussions! 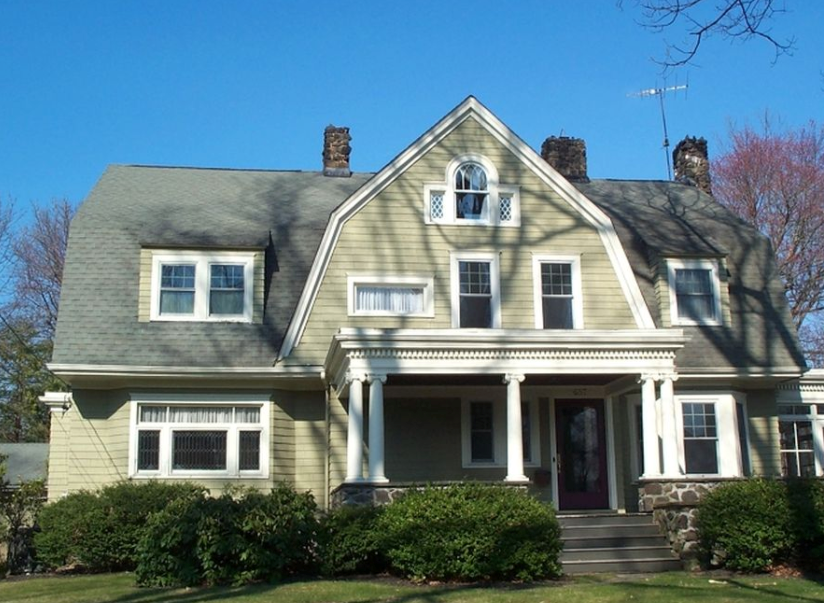 In 1982, Cathleen Krauseneck was brutally murdered with an ax in the kitchen of this Brighton home while her three-year-old daughter was in the other room and left alone with her mother’s body until her father returned home from work hours later. The unsolved murder haunts the community to this day, but it wasn’t the only death to occur in the house. In 1977 the home’s previous occupants, a husband and wife, died of carbon monoxide poisoning after a car was left running in the garage. The 2,057-square-foot home with three bedrooms and two bathrooms is now listed for $189,000. 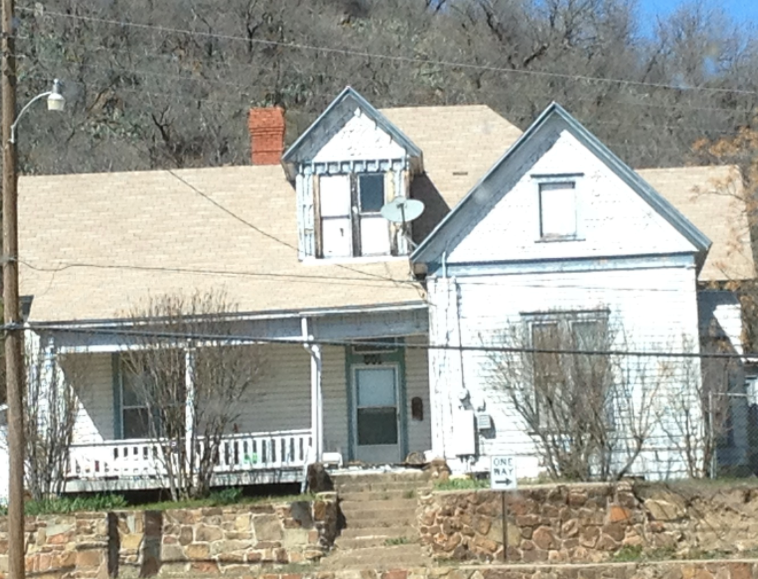