Built in the eleventh century by William the Conqueror, this castle saw more battles than any other in Europe – so much violence took place in its halls. The most mystical place is the “ghost tower”, which became the home of the ghost of Sir Fulk Greville. He was killed by his own servant in 1628, and now every evening appears from his portrait, hanging on the wall in the tower. The dungeon is another habitat for ghosts in the castle. Many complain of nausea and weakness when they touch rusty bars and devices for torture. 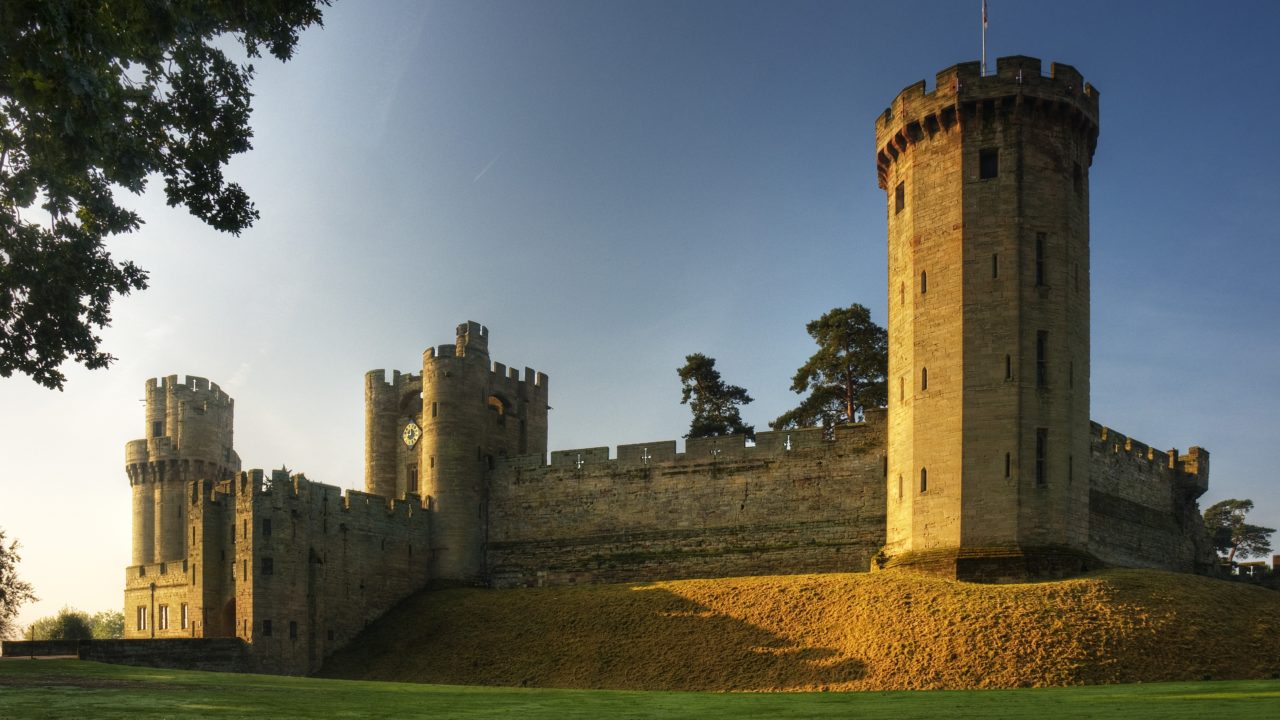 Built in the cave Predyamsky Castle was a powerful fortress that resisted numerous brutal attacks and attacks. And yet in the fourteenth and fifteenth centuries, the castle was destroyed by a series of prolonged sieges and earthquakes. In 1567 the castle was rebuilt, along with numerous secret tunnels and passages, which to this day are visited by the ghosts of many soldiers who died in the walls of the castle. From the dungeons and tunnels under the lock, distinct noises and steps are clearly audible. 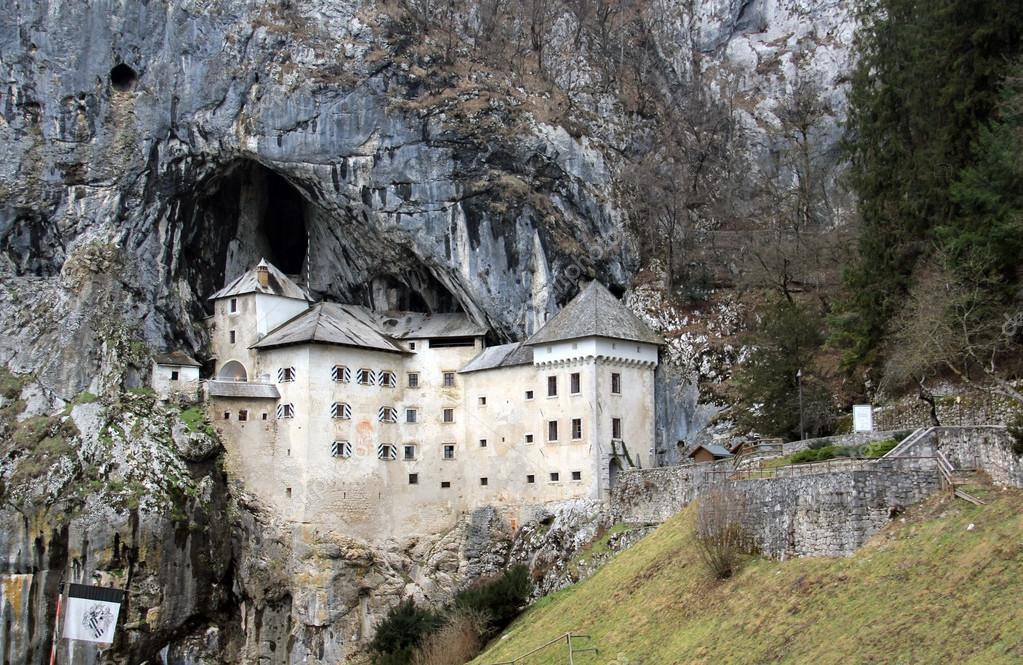 The castle of Dragsholm built at the end of the 12th century is now used as a luxury hotel. Known him to make exactly one hundred ghosts, wandering through the corridors every night. It remains only to guess how the “census” of these inhabitants was carried out. The most famous are the three: the Gray Lady, the Lady in White and Earl of Bothwell. The saddest is the story of the Lady in White, who fell in love with the peasant. Her father found out about the novel and imprisoned her daughter in the wall of one of the rooms so that she could no longer remember her. In the thirties, workers who restored the wing of the castle, in fact, found the skeleton of a young woman in white robes in the wall. The gray lady served in the castle. And after death, she could not leave the place of work. Therefore and now she comes back sometimes to check things. As for Count Bothwell, he died in prison in a dungeon, and his ghost still cannot go beyond the castle.

The castle in this place was built during the Iron Age, so he had enough time to “get” with ghosts. The most interesting story of the castle is connected with the chapel, wherein 1532 a soldier killed a priest with his sword. And now the ghost of the priest lives in a room with the frightening name of the Bloody Chapel. Another terrible spirit is called a phenomenon that is not like a person. Describe it in the form of a creature the size of a sheep, but with a human face and black nests instead of eyes. About its appearance can also be judged by the characteristic rotten smell. The dungeon also “overgrown” with a lot of eerie stories. For example, if you believe one of them, in the dungeon there is a room with a special hatch, through which the prisoners were dropped directly onto the numerous metal spikes built into the floor. 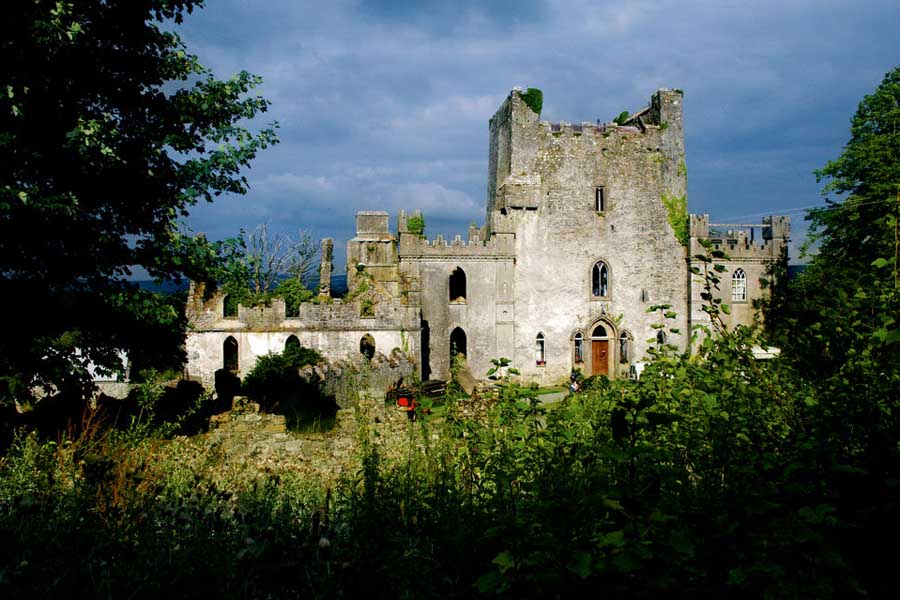 Houska Castle in the Czech Republic

In the forests to the north of Prague, there is not quite an ordinary castle, it has never been subjected to any attacks. The castle was built to hide something inside of itself. According to legend, the passage of this place led directly to hell, whence one half-man-half-monster came to the will. In the thirteenth century, local rulers decided to build a castle to close access to the other world. Before that, they dropped a soldier with a rope into the pit. The soldier lets out a scream, and when he was dragged out, he died a couple of days later. In 1930, the castle of Houska attracted Hitler’s attention. The Nazis began to use it for a series of secret experiments, and several bodies of Nazi soldiers were found at the bottom of the executed. If you believe the rumors, skeletons of unearthly beings were also found in the castle. And eyewitnesses have often noticed in the castle the ghosts of a headless black horse and a woman, who now and then looms in the window. 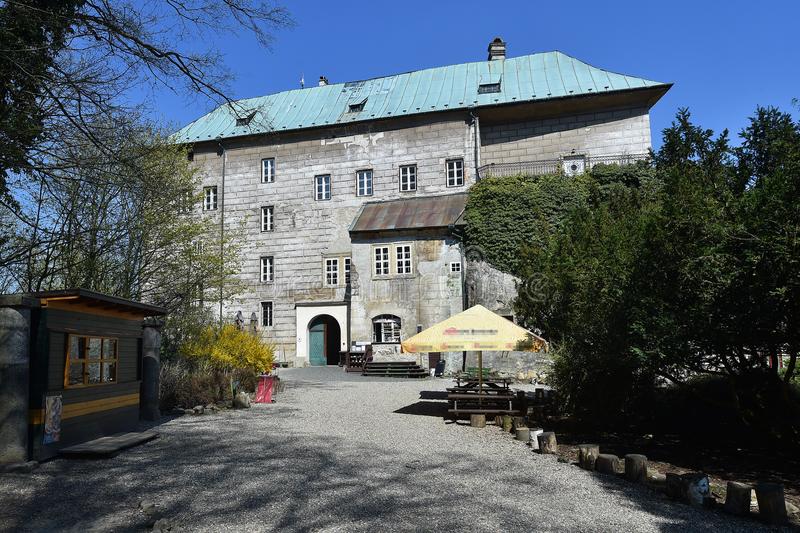 Castle Moosham is a wonderful example of Austrian architecture and ghost stories. Built in the 12th century, it is also known as the Witch Castle because of its sinister past. This is the place of the bloodiest trial of witches in history. Between 1675 and 1687, thousands of women were called witches and sentenced by the Inquisition to death. They were tortured and deprived of heads in the castle walls. Most of them continue to come to these halls, but already in the form of ghosts. In addition to the role of the site for the execution of witches, Moosham Castle served as a werewolf’s lair. History was traced to the beginning of the XIX century when a lot of maimed cattle and deer corpses were found near the castle. As a result, some Markham residents were tried and put in prison as werewolves. 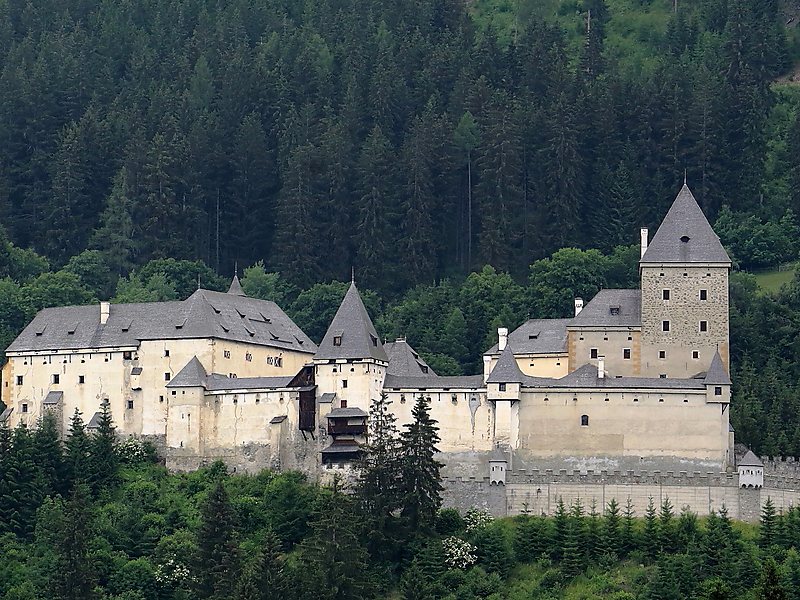 Castle de Bricque is the highest castle in France. Its seven floors are located in the heart of the picturesque Loire Valley and are the most visited haunted place in the world. In the XI century, the owner of the estate was a certain Pierre de Breze. His wife, Charlotte, had an affair with a simple man and used to comfort him with his quarters, literally across the wall from her husband’s room. But Breze did not sleep and listened to their moans of passion night after night until the two lovers mysteriously disappeared. Probably, Pierre de Breze made efforts to this event. Whatever happens, Pierre did not manage to destroy his lovers. On dark nights, he kept hearing their moans until he began to go crazy and did not escape from the castle. The sounds of their passion can be heard today. 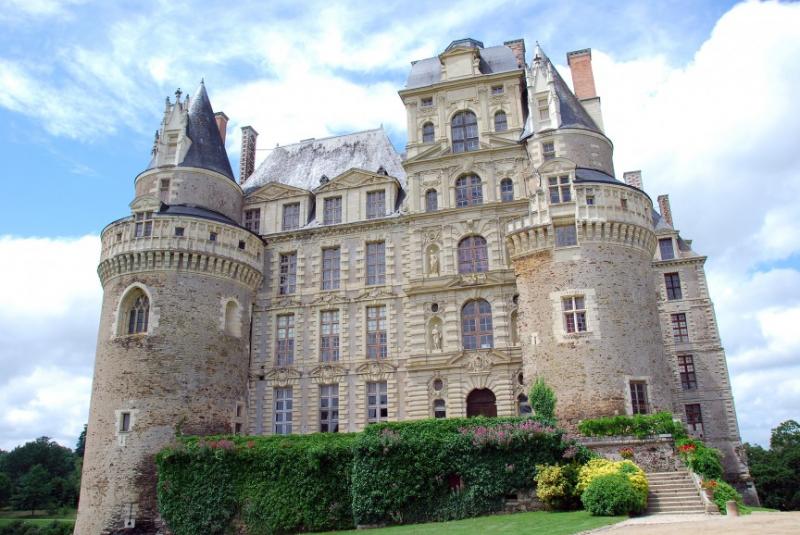 Built in the 12th century, Edinburgh Castle is one of those places where atheists become believers as soon as they step on its doorstep. Based on the site of an extinct volcano, it is a symbol of Scotland. According to some sources, this place is a paranormal point where ghost figures regularly appear before visitors. So, Lady Glamis often noticed wandering through the dark halls of the castle. She was accused of witchcraft and burned at the stake in 1537. Since 1650 to pursue the castle became the specter of a beheaded boy-drummer. There is also a piper, an old man in a leather apron and even a ghost of a dog jumping near the cemetery. And from the tunnels of the castle, you can still hear French prisoners imprisoned during the Seven Years’ War. 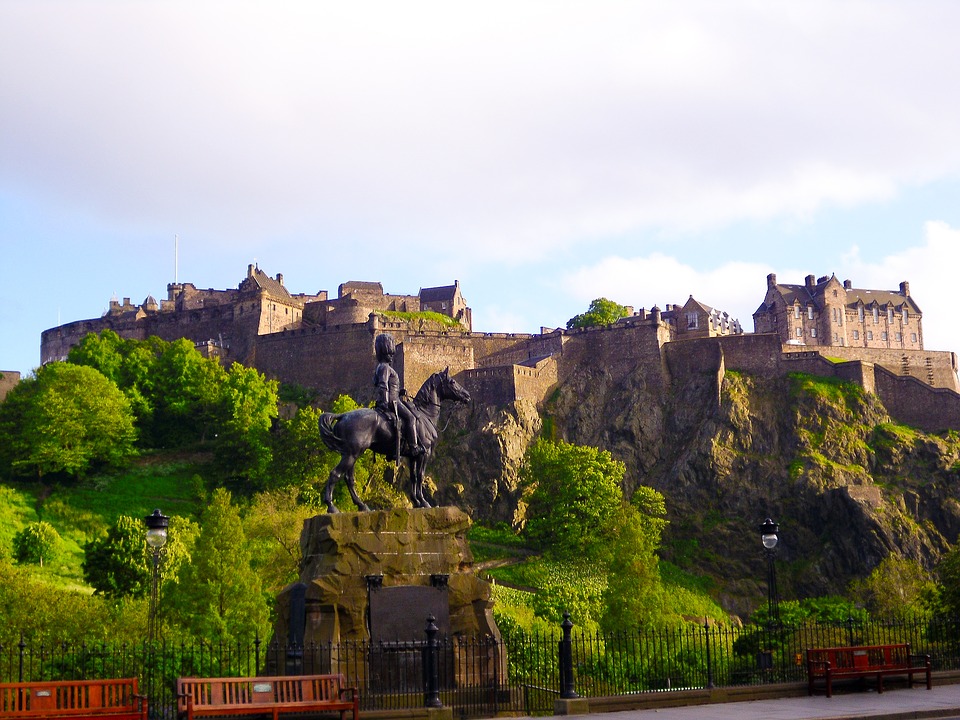 The name of the castle is as cold as the very dark place itself. Chillingham Castle served for one single purpose – to kill. A certain John Sage worked here as a torment torturer for three years in a torture room. As they say, he tortured about fifty people a week. And tonight you can still hear how John Sage drags the bodies around. Another famous ghost is the Blue Boy who pursues the rose room. Bright colors for a ghost story. The guests of the castle assured that they heard a loud crying, after which they saw blue flashes of light above their bed. The persecution of the ghost ceased after the extended reconstruction was completed and the bodies of a man and a boy walled in a 10-meter wall were found. 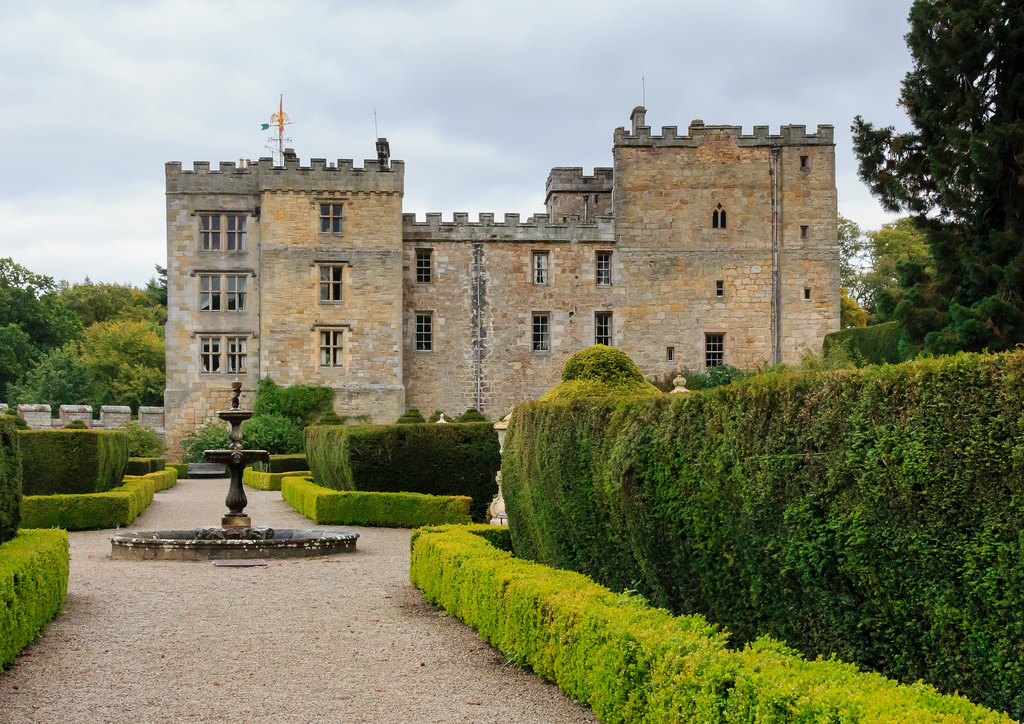