Despite the fact that the Russian people survived many wars, fires, and changes, it managed to preserve a rich cultural heritage, an important part of which is the Russian interior.
Current grows from the culture of the ancient Slavs. At first, they lived rather modestly: in the dwellings, there was only the most important thing (stove, table, benches, beds). After a while, amulets began to appear in the form of dolls and drawings on doors, windows, and stoves, which became the basis for the appearance of the ornament.
One of the highlights of Russian interior design was the stove. According to the beliefs behind her lived in a house, and that he was kind, the stove was kept clean, painted and decorated. 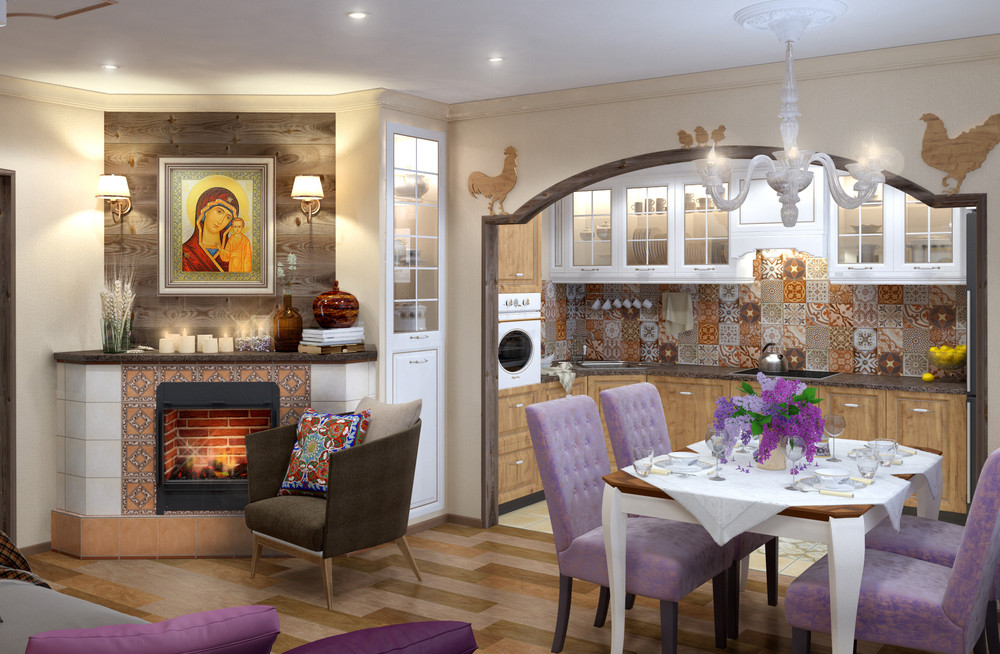 The Slavic paganism, which developed in the 1st millennium AD, also had a considerable influence on the trends in the dwellings. Faith in the gods and the animated nature manifested itself in vegetative ornamentation, carving, sculptures in the form of deities.
After the baptism of Rus, Byzantine culture had a significant influence on the interior of the Russian house. A red corner appeared from the stove in the houses, where icons, valuables, and family relics were stored.
Until 1454, dwellings were built mainly from logs, while the Greek wife of Ivan III Vasilyevich did not invite the Italian architect, who taught masters to build houses of brick and stone. 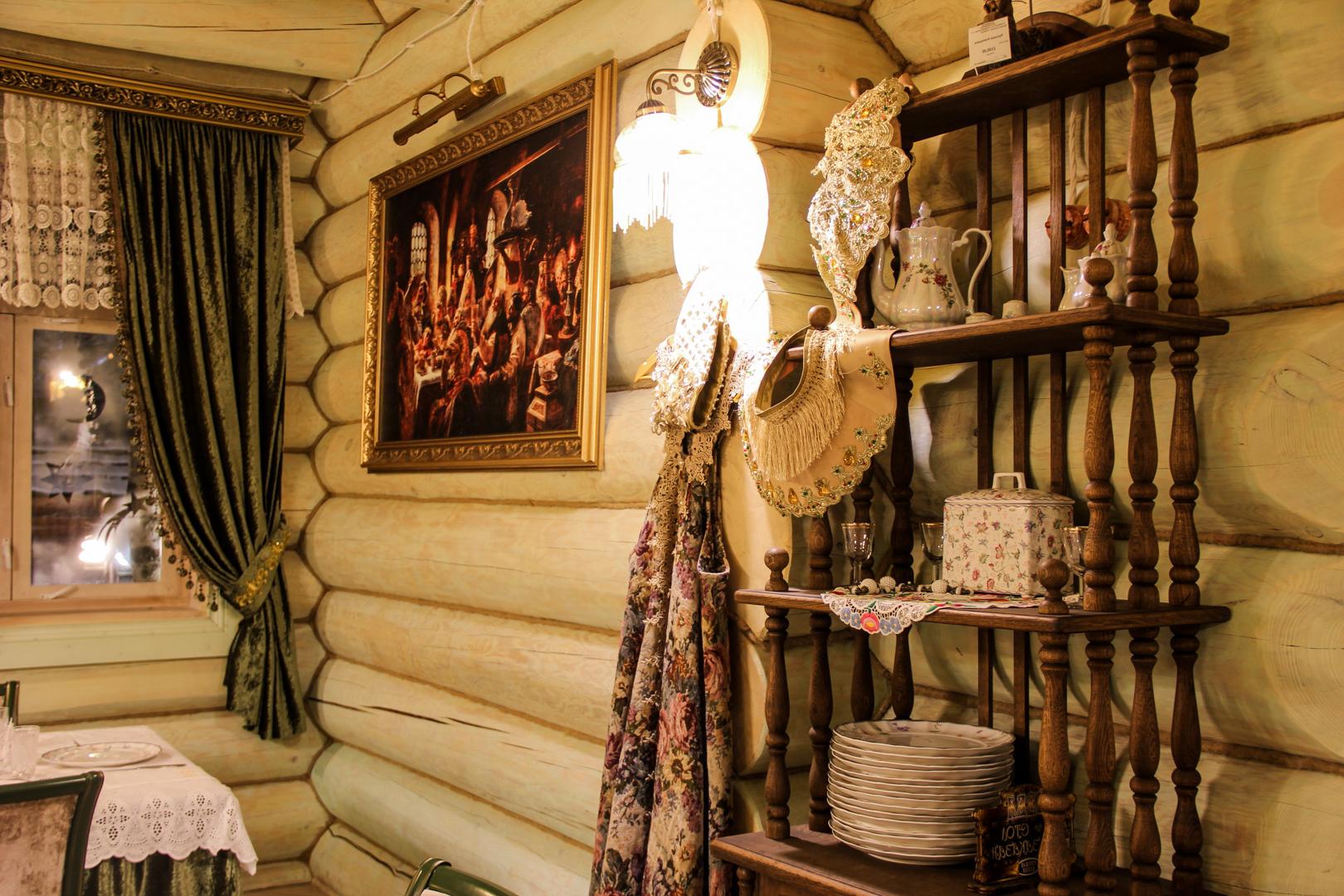 Over time, houses with vaulted ceilings painted with frescoes began to appear, beds began to complement the canopies, and benches and floors – natural Persian carpets.
Gradually, the decoration began to acquire notes of baroque, especially in the Romanov era. It was popular gilt stucco, velvet, tiled stoves, luxurious and massive ornament. Later, the baroque style was replaced by Stalin’s Empire, and also Russian classics.

Varieties of rustic Russian style
А-ля рус
The direction does not have a strong rural motive. It is focused on primordially Russian elements of the interior. This branch implies the use of ethnic ornament and household items such as bears’ skins, best shoes, samovars, painted dishes, etc. 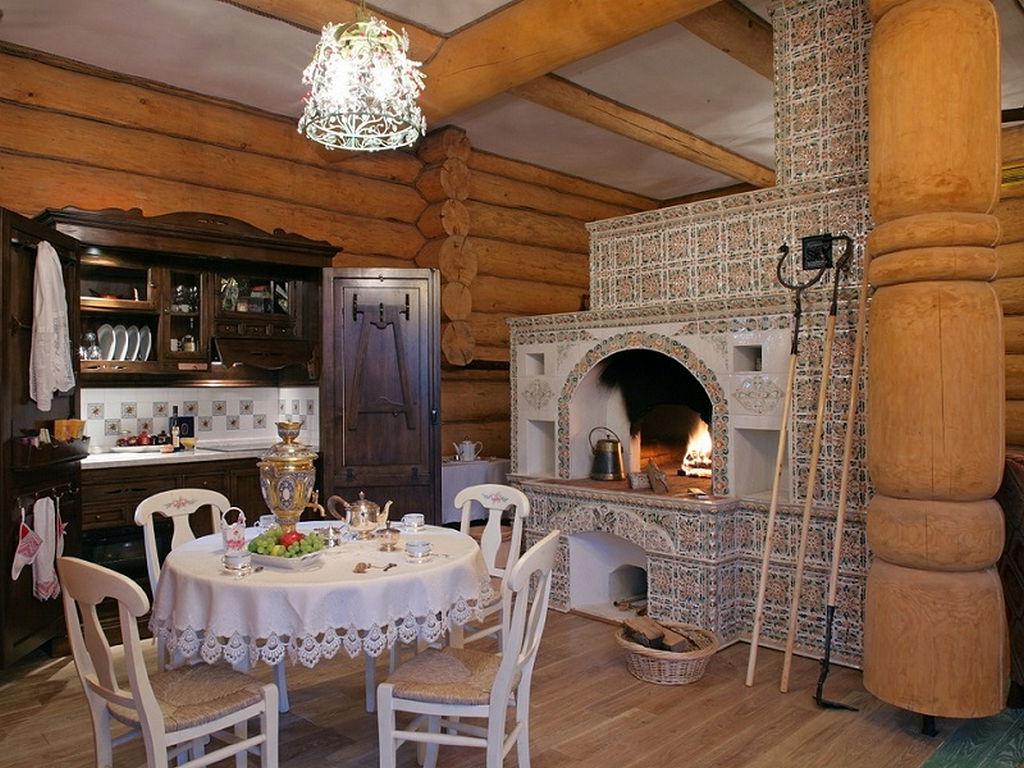 The modern Russian interior of the house a la Rus is often liked not only by representatives of the nation but also by foreigners, who like Russian culture. It can be arranged not only in a country house but also in an apartment. Even a few characteristic elements in the room will make the necessary notes.

Russian hut
This kind of style personifies the village mode. It is a good choice for interior decoration in the style of the Russian manor. For realizing the direction, the country house made of natural wood is the most suitable. Windows do not make metal-plastic or frames should as much as possible simulate a tree. For the design and arrangement of the dwelling, natural materials are used. Will emphasize the patchwork environment. 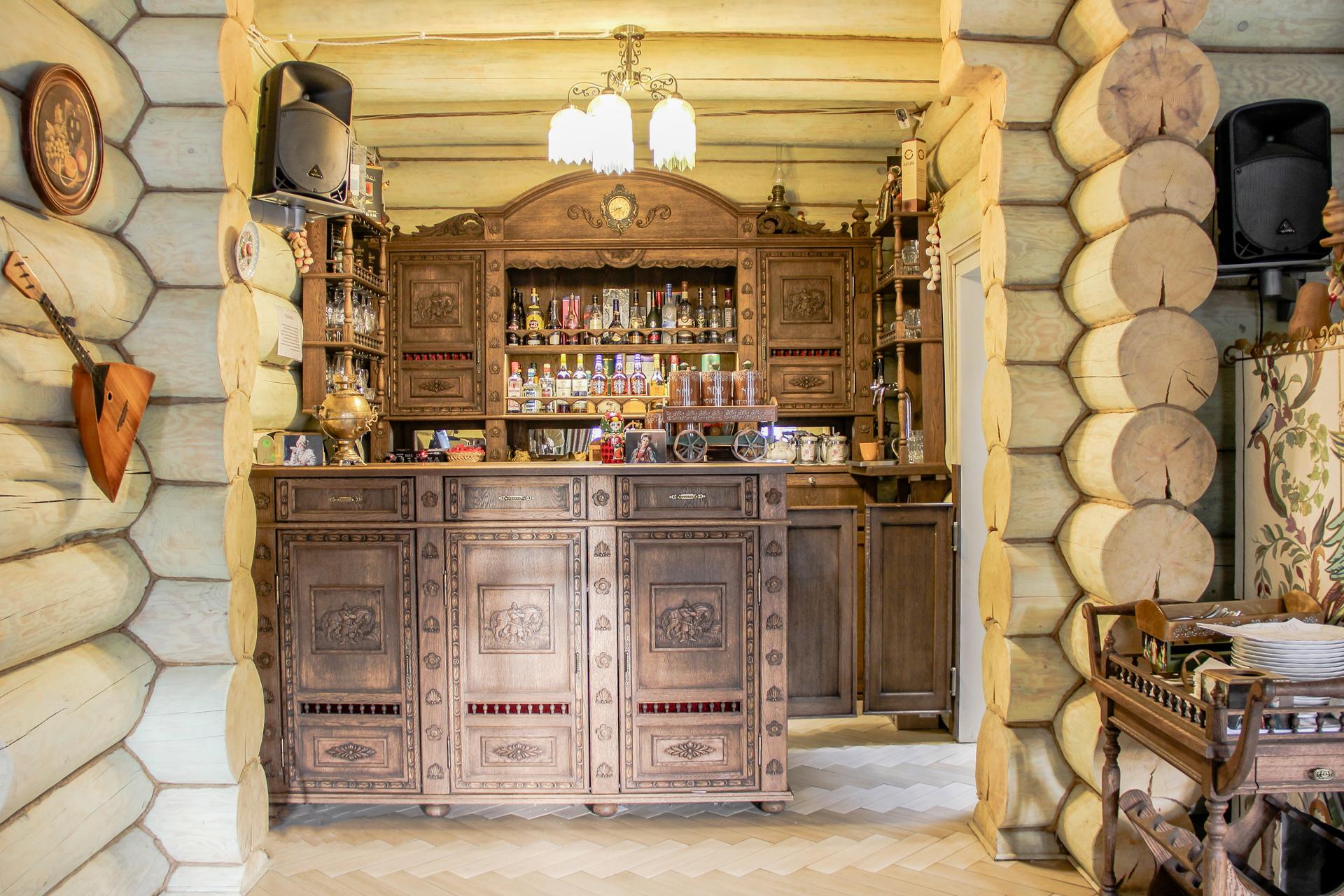 Use massive wooden furniture with carvings: benches, tables, beds, cabinets, chairs. Supplement the furnishings with chests, stupas, wooden barrels, caskets.
In the living room make a fireplace, or even better a stove. Both options will not only warm in winter but will also bring the desired color into the atmosphere. Modern technology disguise at the doors of cabinets.

Russian tower-terem
The stop is characterized by a rich decoration, because in the teremes in the old days there living representatives of the nobility. The direction is characterized by luxurious carvings, expensive chests, carpets and paths of manual robots. Some parts of the walls can be trimmed with expensive fabrics (brocade or velvet). 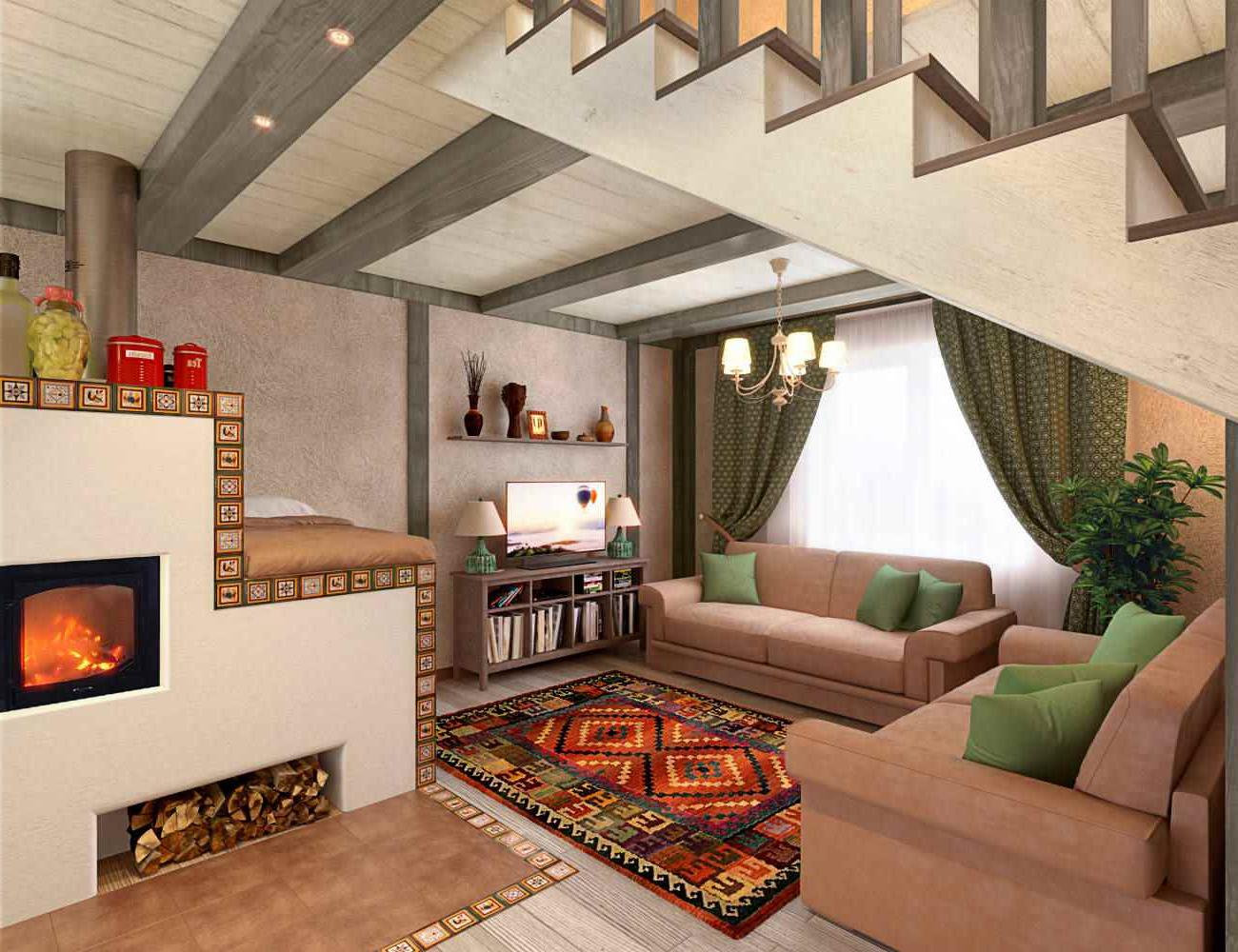 Parquet masonry is admissible, supplemented by a natural carpet with national ornaments.

Authentic objects emphasize the situation. If things of the Ivan the Terrible period are difficult to obtain, then in private collections it is quite a lot to buy old items “younger”: chests, caskets, mirrors in old frames, cabinets, supplies, etc. 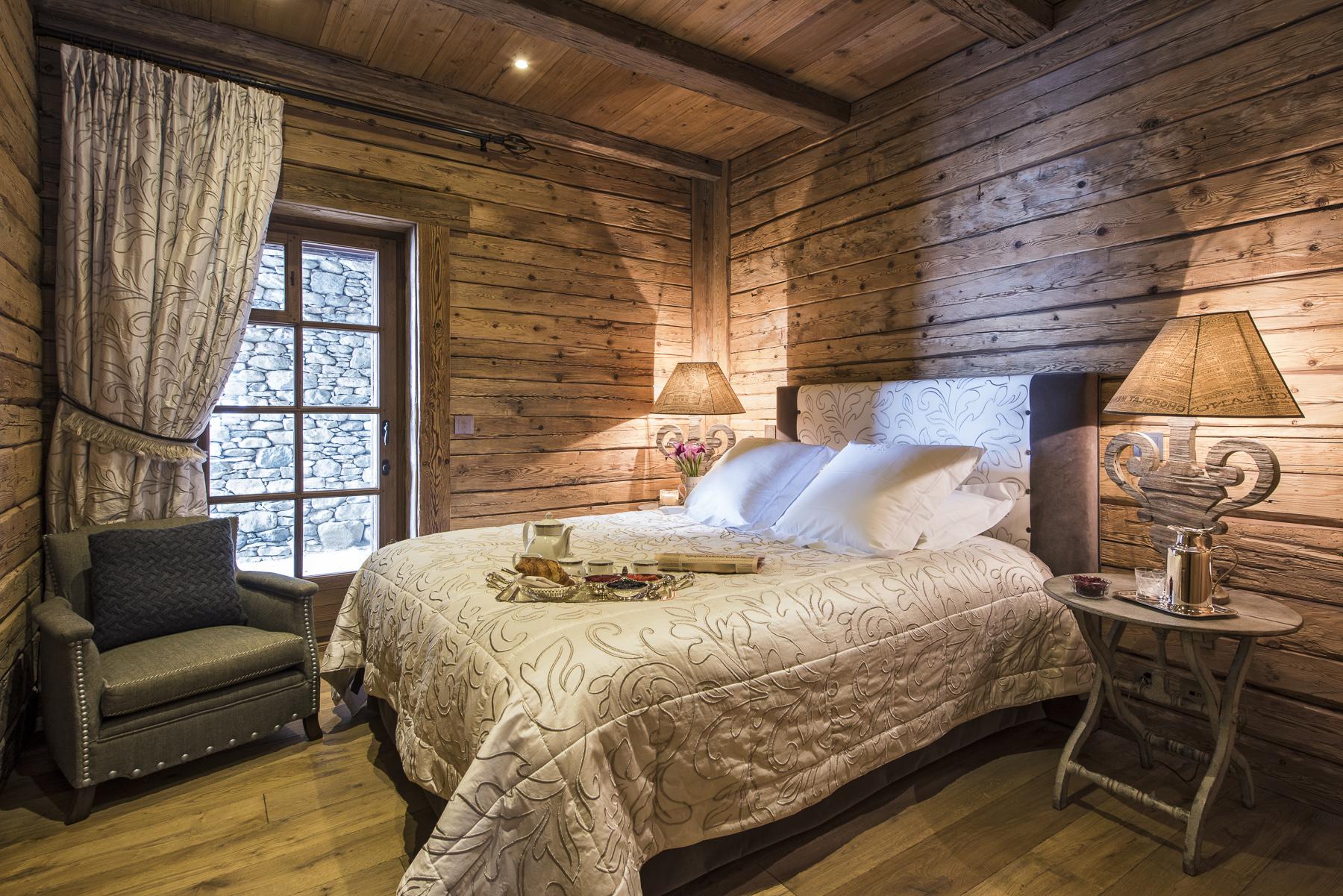 In the tower, both the tiled stove and the fireplace will look equally good. The main conditions – Russian ornament and rich design.