In today’s article, we’ll tell you about 11 unconventional houses that are way different from the ones everyone of us got used to. Here is the set of houses that will blow your mind with their appearance.

The unusual house Casa do Penedo was built in 1973 by Victor Rodriguez. It is a two-story building in the highlands of Fafe. The house is built between huge stones that replace the walls. It has two floors, there is an outdoor pool and even a stone barn nearby.

The small house Castel Meur on the north coast of Plougrescant in Brittany was built in 1861. Its first owner was not afraid of bad weather and found refuge on a small island – the rocks on both sides defended the dwelling from winds and storms.

The project of artist Robert Bruno began in 1973 in Lubbock on the ridge of Ransom Canyon. The author was engaged in it throughout his life and built the house with no help, until his death in 2008. He did not have time to install the pool, to finish part of the rooms, and the exterior lining of this 150-ton black steel structure.

Villa Barrot in Savoy, resembling a bowl, belonged to the Swiss utopian architect Pascal Häusermann. The four-story house was built in 1966-1971. Inside there are four levels that are connected by a spiral staircase. There are a reading room, three bedrooms and a bathroom, a living room, a kitchen, and a large roof terrace in the house.

Cabinet maker Erik Vasse exchanged his rural house for a building in the form of a sundial, which uses the power of the sun for an environmentally sustainable life. The slope provides shade and coolness during the summer months. In winter, when the sun is low, the lens house receives enough light to warm the interior to a comfortable temperature.

A small house in Pennsylvania is the creation of 73-year-old shoemaker Machlon M. Haynes. The owner of forty shoe stores built a house in 1949. The entire adjacent territory is consonant with the general form: the mailbox, the bars on the windows and the dog’s kennel are all connected with the shoe shape. Now, inside the five-story building there is a cafe.

Australian architecture firm McBride Charles Ryan created a dome for the artist’s family from Hawthorne. The authors were intrigued by such an experiment with the form – the customers wanted a garden in the center of the house. The idea arose after experiments with metal trimming – this led to a large variety of rooms.

In 1975 architect William Morgan built an incredible house in the dune. The idea was to save the beautiful ocean view. It is duplex, two houses of 70 square meters each. The sand which is above and around the houses contributes to the energy saving.

In 2009 by Bjorn om Masthenbruck and Christian Muller was built a House-hole that takes an area of ​​160 square meters. “Hole” consists of a concrete ellipsoid which is sunk in the ground, in which living quarters and a warehouse of ski equipment are located. Between them there is a 22-meter underground corridor.

An incredibly narrow house was designed by architect Jakub Szczęsny. Its width is only 92 cm in the thinnest place, and in the widest one it is only 152 cm. Inside there is a full-fledged residential house. The house is honored to have the name of Etgar Keret, who was a famous writer from Israel.

A family house in Western Tokyo was designed by Mizuishi Architects. He stands on a triangular stretch between the river and the street. The total area of the house is 55 sq.m. It has two floors and a mezzanine. 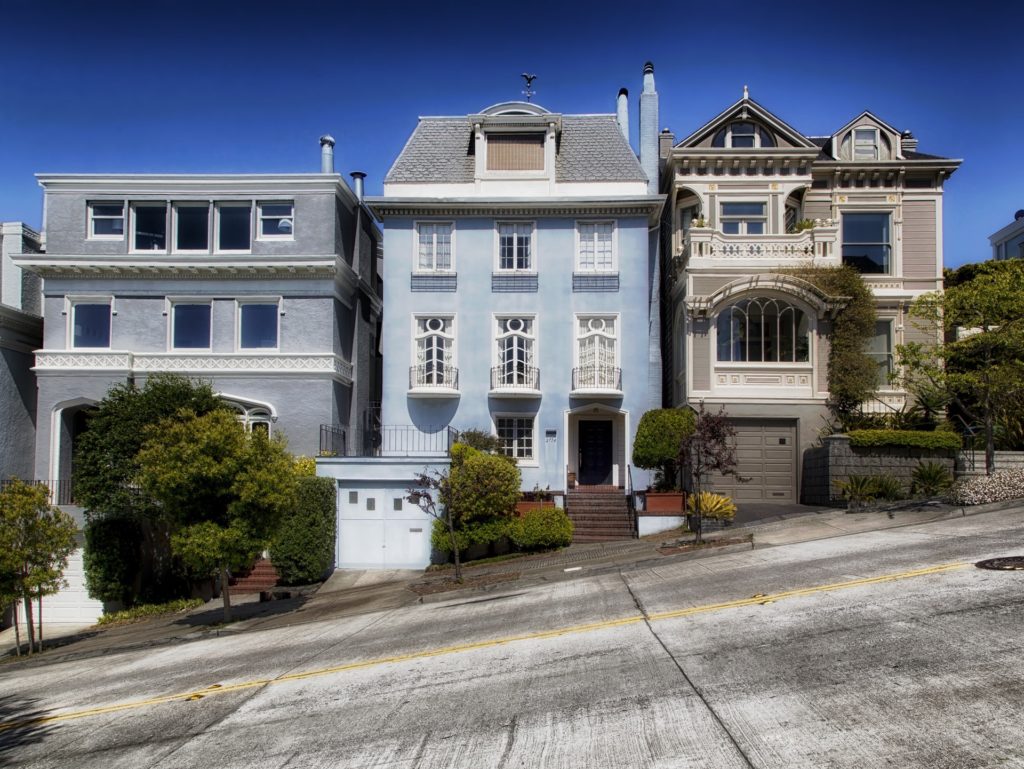