Many who watched The Lord of the Rings trilogy doubtless had a hankering to experience the cosiness of a hobbit’s home. The authorities at Woodlyn Park in New Zealand decided there was a market there, and built two replica hobbit homes for visitors (with slightly higher ceilings though, so those as tall as Gandalf won’t be inconvenienced). 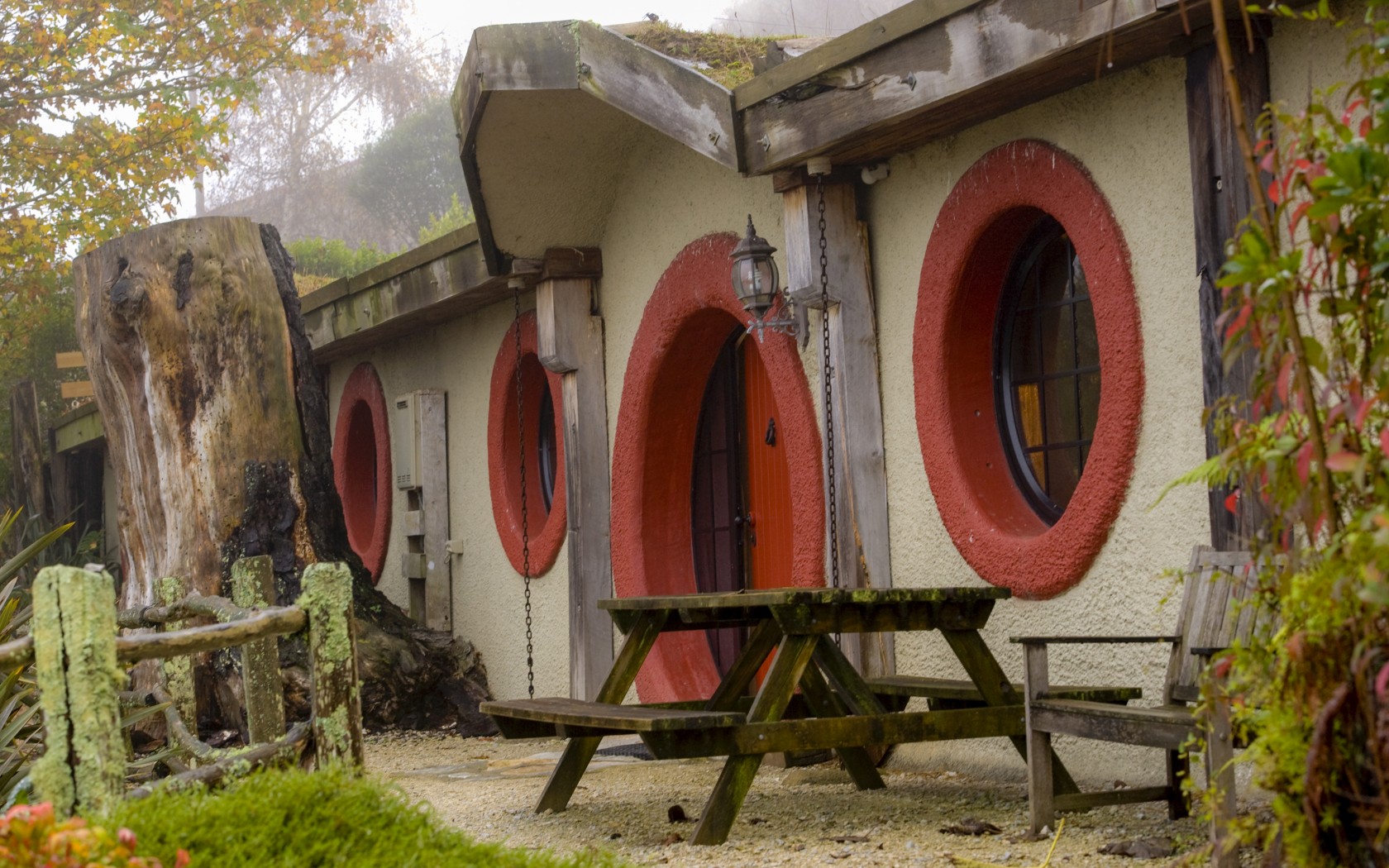 The Magic Mountain Hotel in Chile’s Hulio Hulio Reserve looks like something straight out of a fairytale: a gnarled, wooden cone with a waterfall cascading from its pinnacle, approached via a wooden drawbridge and with porthole windows peeping out at irregular spaces. As if that weren’t magic enough, it’s surrounded by a pristine biological reserve. 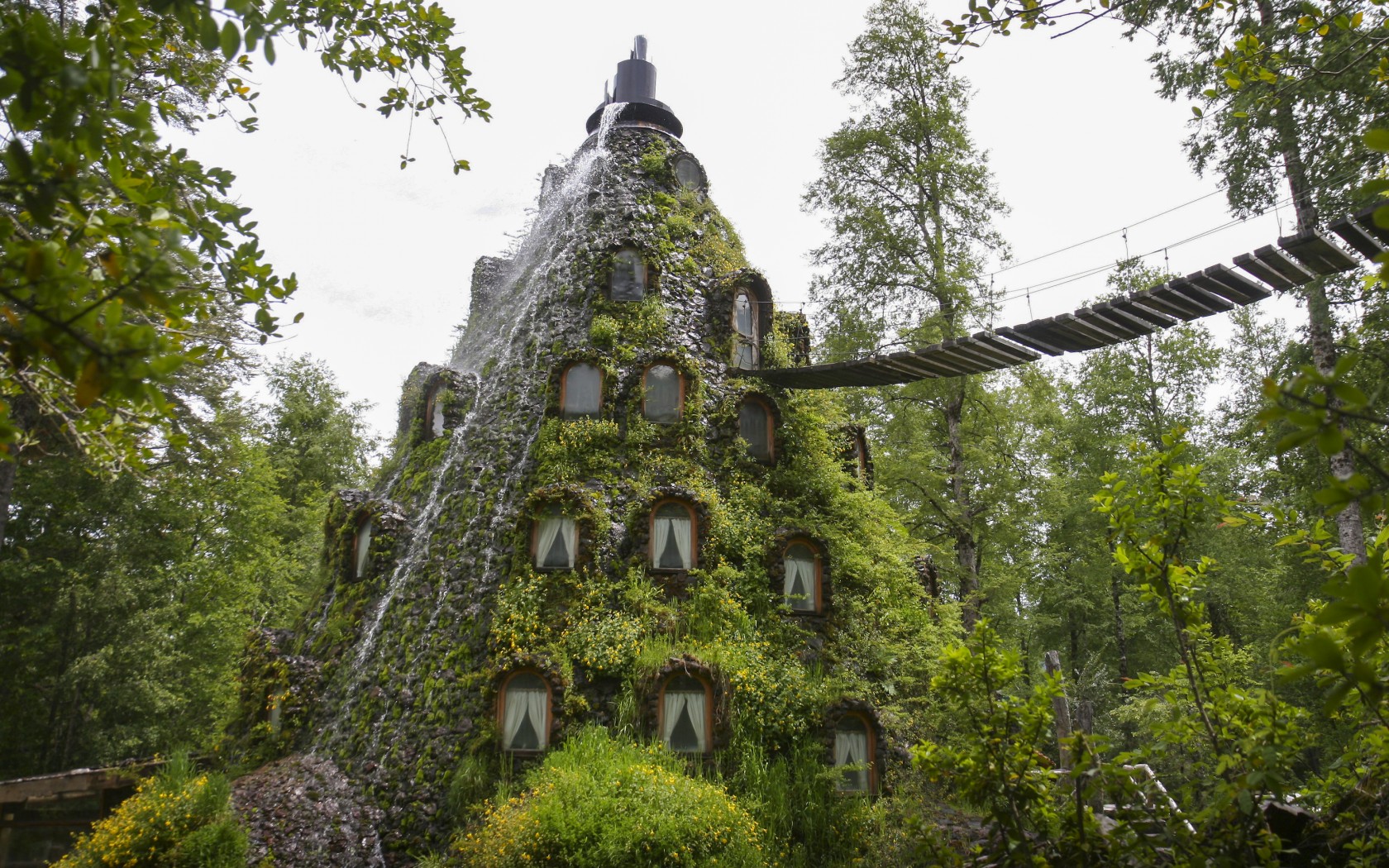 The project of a local artist, Utter Inn is located in the middle of Sweden’s Lake Mälaren, and consists of a deck and cabin on a floating platform, and beneath that, accessible via a steep ladder, an aquarium-like bedroom three metres below the surface. Guests are taken out by boat and provided with an inflatable canoe, and are then left on their own to get familiar with the fish. 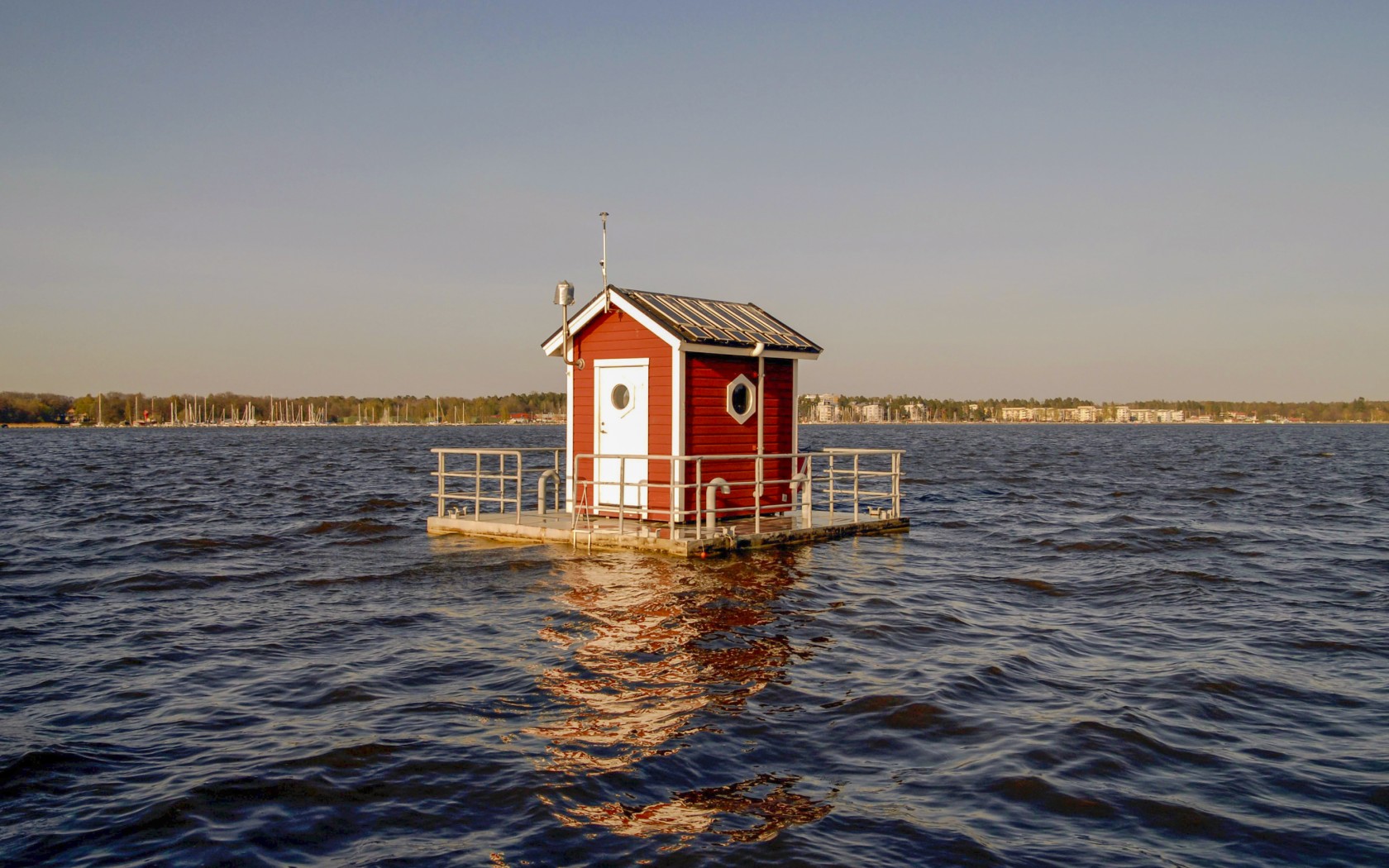 Brits who fantasise about seeing wild safari game from a jeep and staying in a park lodge can now do it without their passport – since Livingstone Lodge, in Kent, offers exactly that. Guests are driven around a 100-acre park where giraffe, zebra and wildebeest roam, then stay in a luxury safari tent. They can’t promise the African sun though. 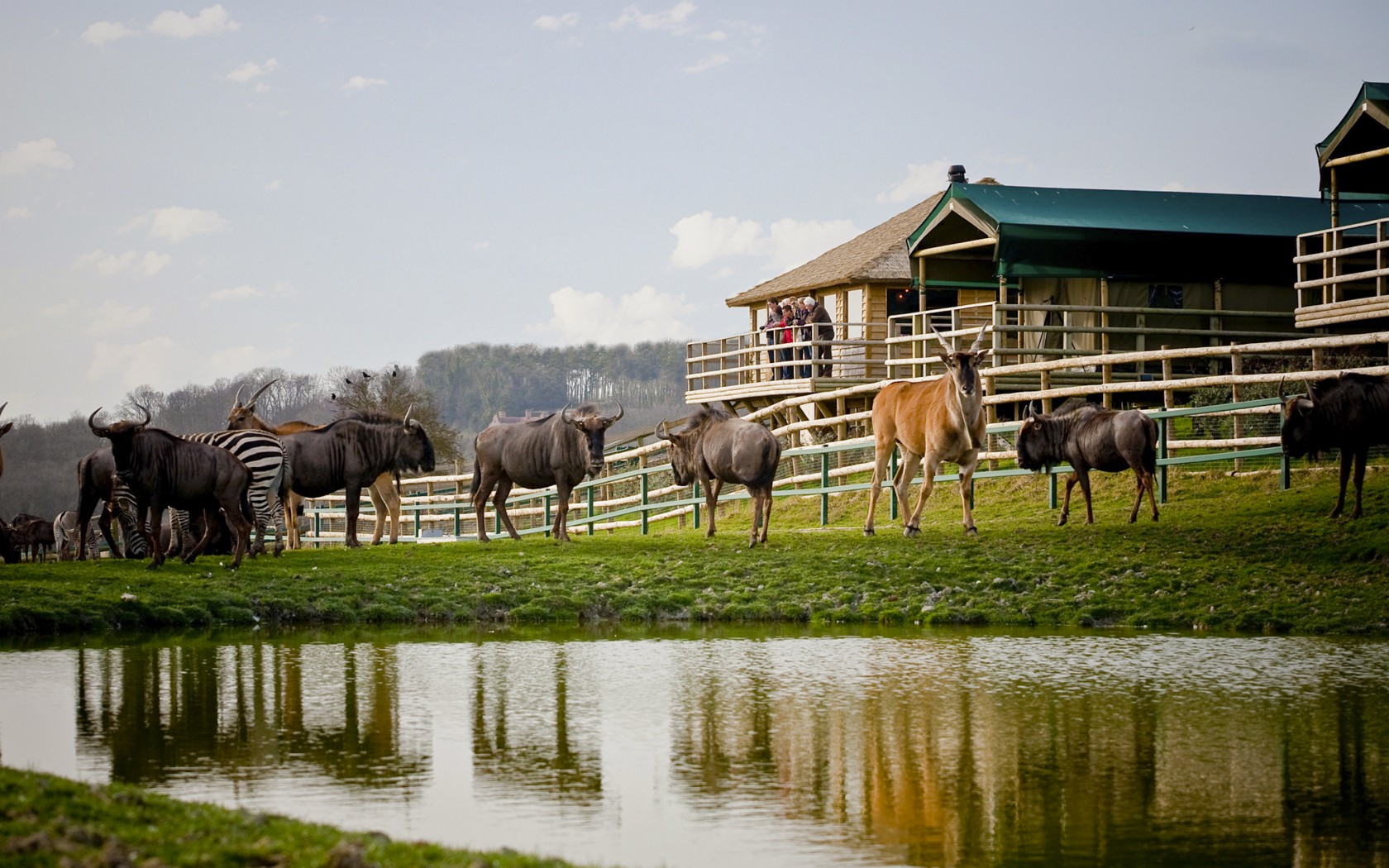 As spectacular as they come, this futuristically styled hotel is built at treetop level in the Amazon Rainforest, not far from the city of Manaus. Its various viewing towers and suites are linked by 6 miles of wooden catwalks, which allow guests to conduct impromptu canopy tours. Prince Charles and Bill Gates are among those who have stayed here. 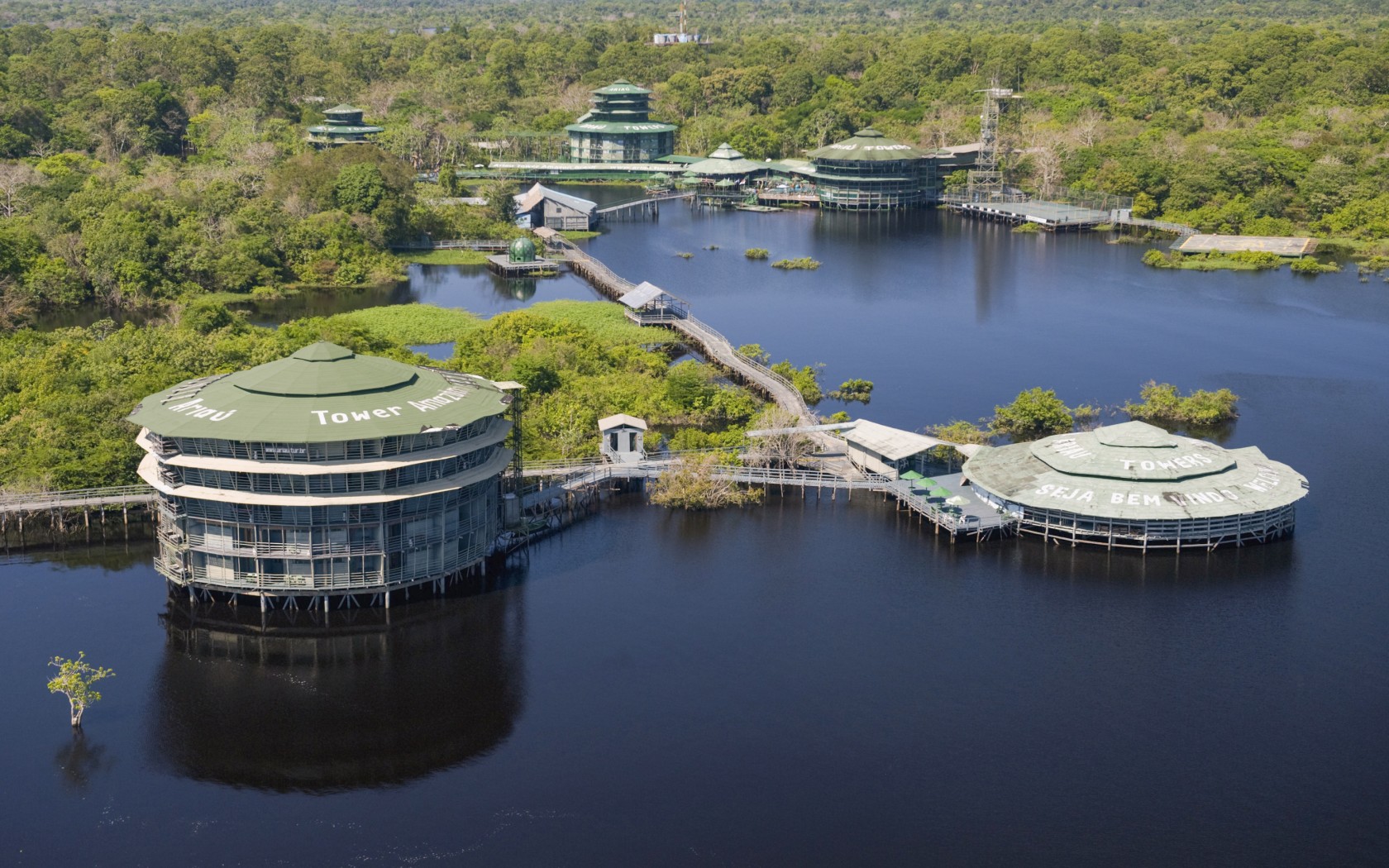 In the sleepy maritime city of Harlingen, one of the cranes in the docks has been converted to now house tourists. Inside, the observation windows remain, but a bedroom and bathroom have been fitted with a luxurious, industrial chic feel and breakfast is delivered via internal lift. Incidentally, the crane still works, and guests can manoeuvre it as they please. 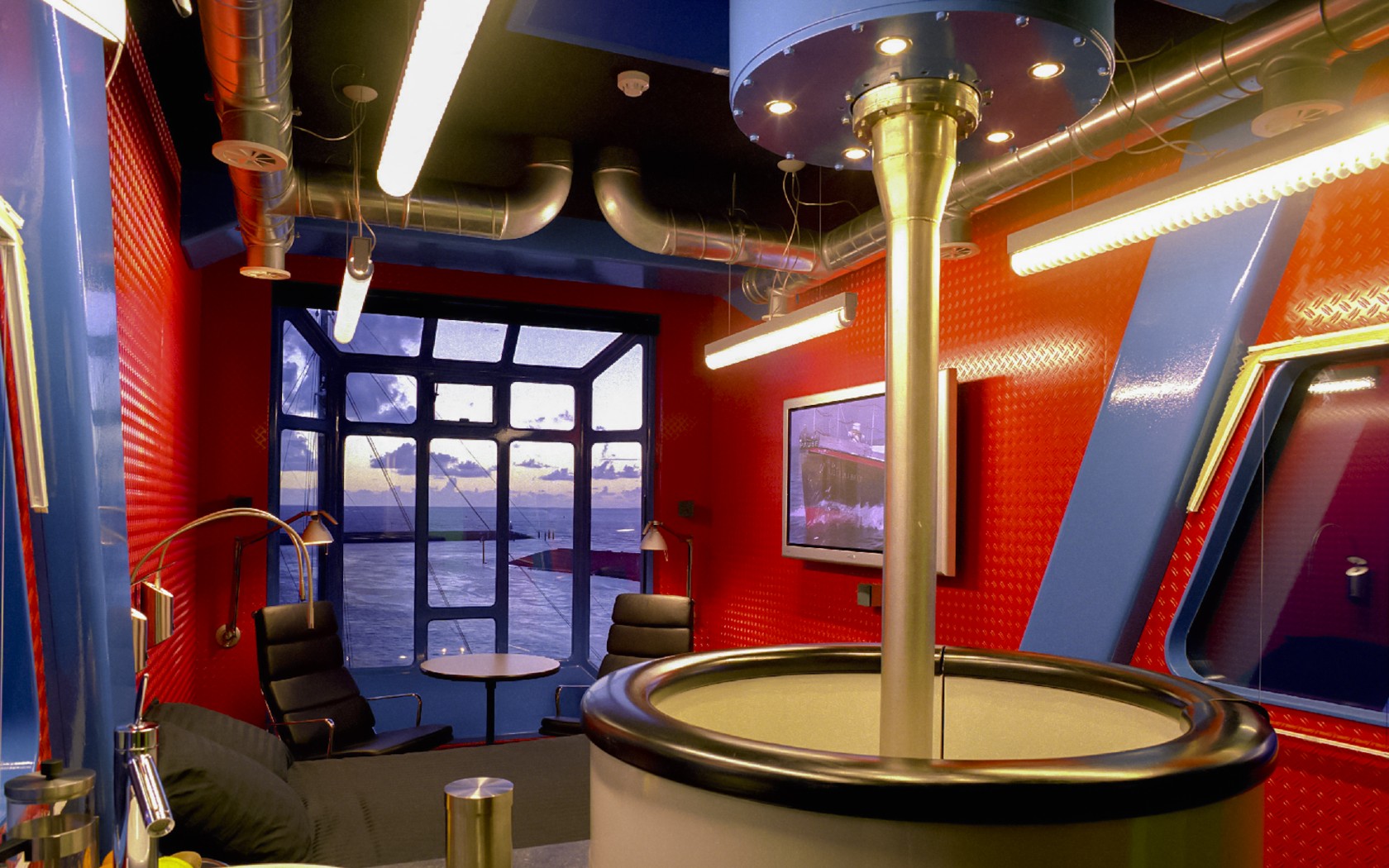 This must be the only hotel in the world made entirely of salt: the walls, the floor and the ceiling are composed of it, as is much of the furniture. Fitting, of course, when the great salt flats of Salar de Uyuni lie only 24km away, and provided the raw material. Over a million salt blocks were used in its construction, with salty water used as the mortar. 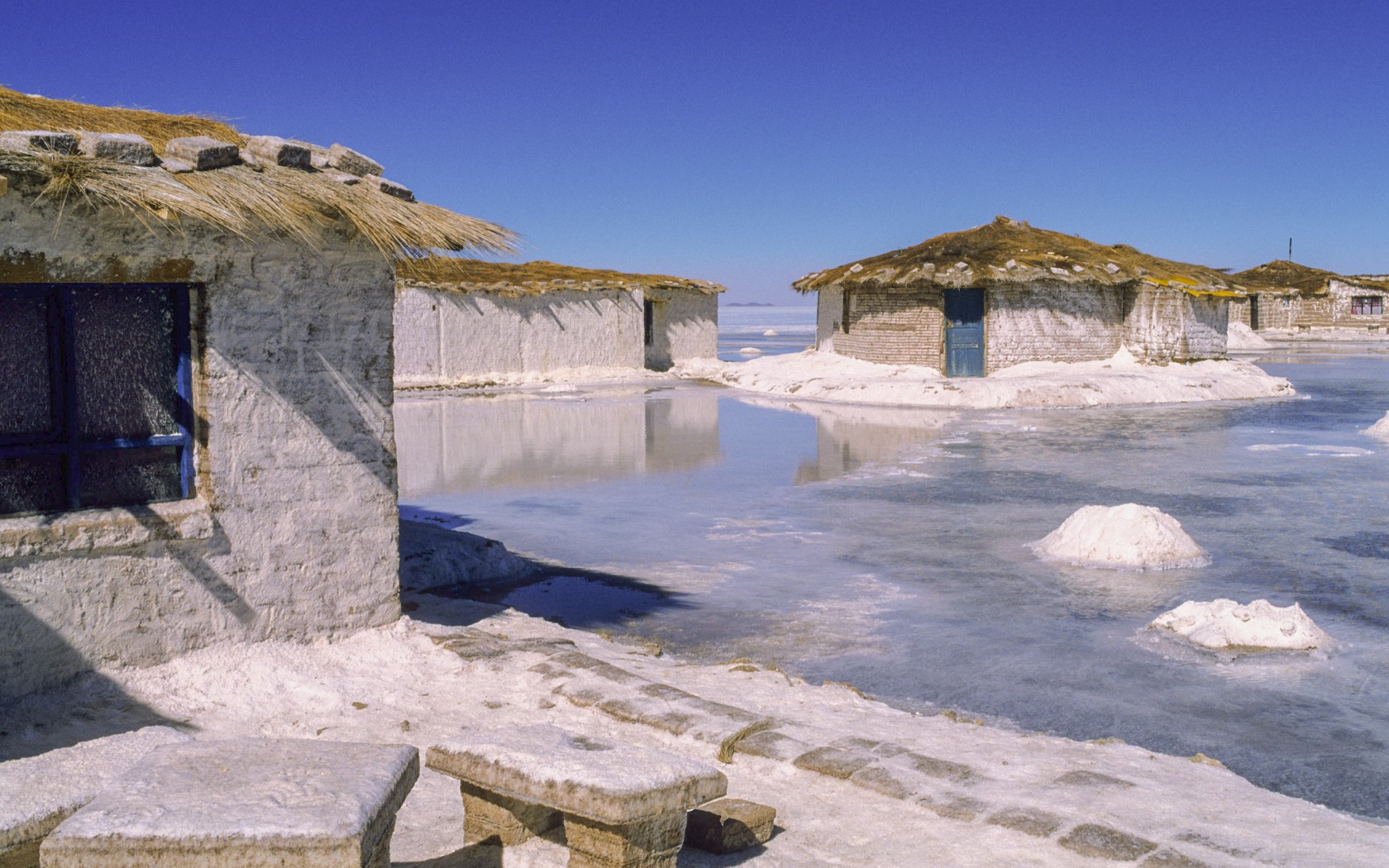 Taking treehouses to the next level, these ‘spirit spheres’ are three wooden capsules suspended by ropes among the trees in a private forest on Vancouver Island. Looking a bit like giant eyeballs from below, inside they are surprisingly cosy, with basic mod cons. The only way in and out is via a suspension bridge that links to a spiral staircase wound around a tree trunk. 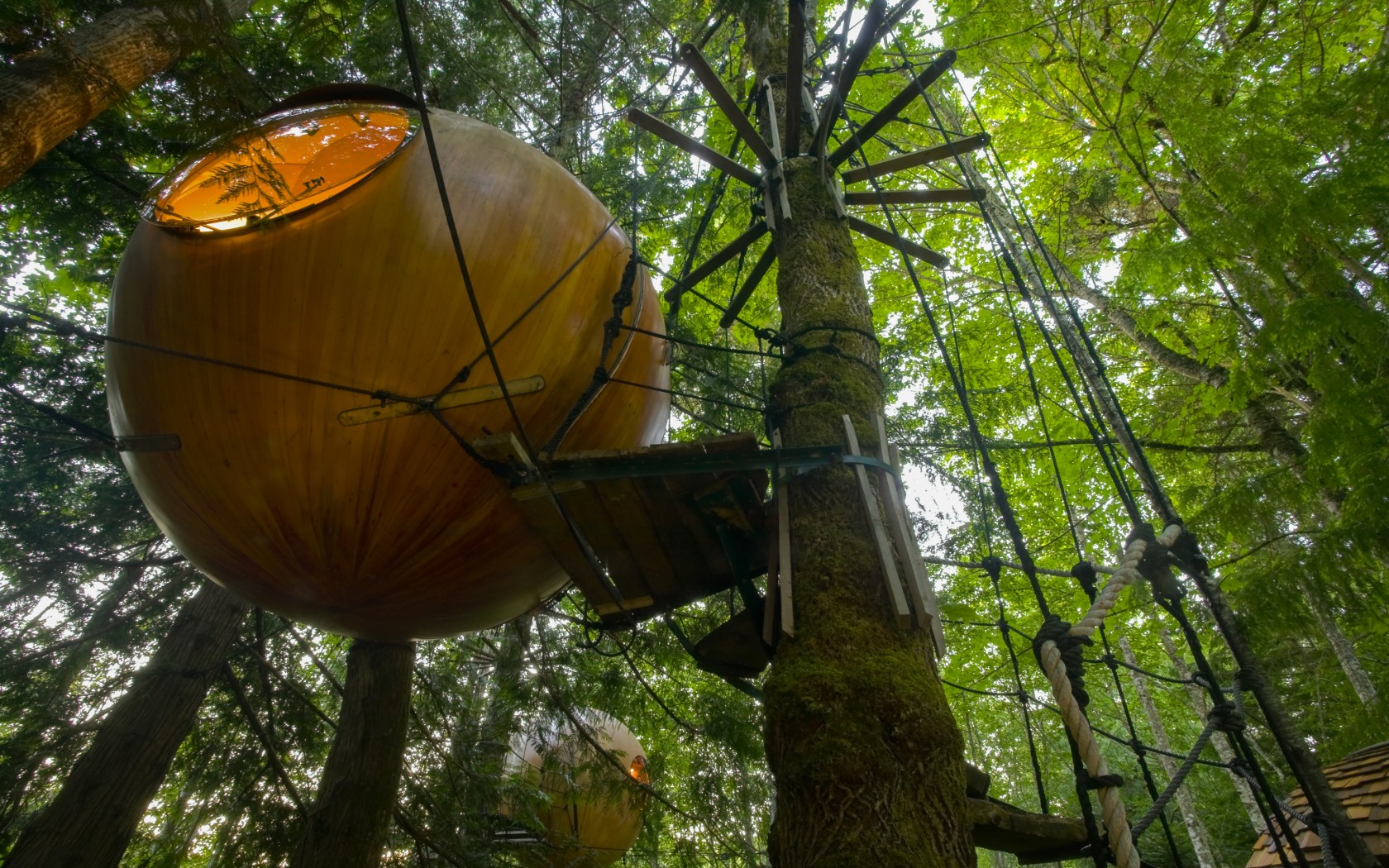 If you like the idea of spending the night in a museum, this could be for you. Benesse House was built by Japanese architect Tadao Ando to house the modern art collection amassed by millionaire Nobuko Fukutake. It has twelve rooms that form part of the museum and guests have 24-hour access, including to the sculptures exhibited outside, along the gardens and nearby beach. 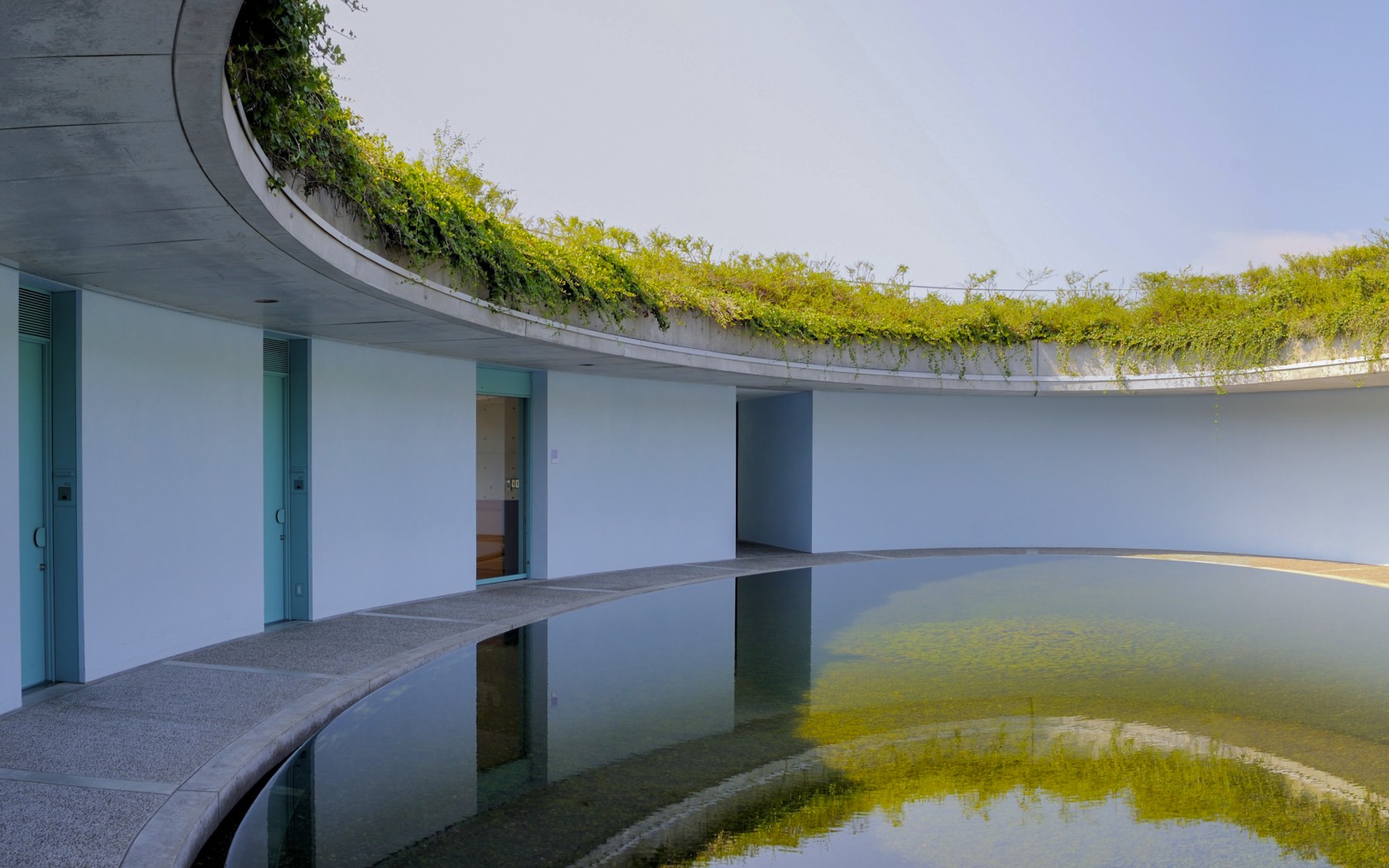 Propeller Island is Berlin’s most zany hotel (and that’s saying something). Each of its 27 rooms is unique – a celebration of eccentricity and artistic creativity. One room is completely enclosed by mirrors; one is a prison cell; another has pieces of furniture that are all shaped like buildings. Perhaps weirdest of all is the crypt room, where you sleep in a coffin. Freaky. 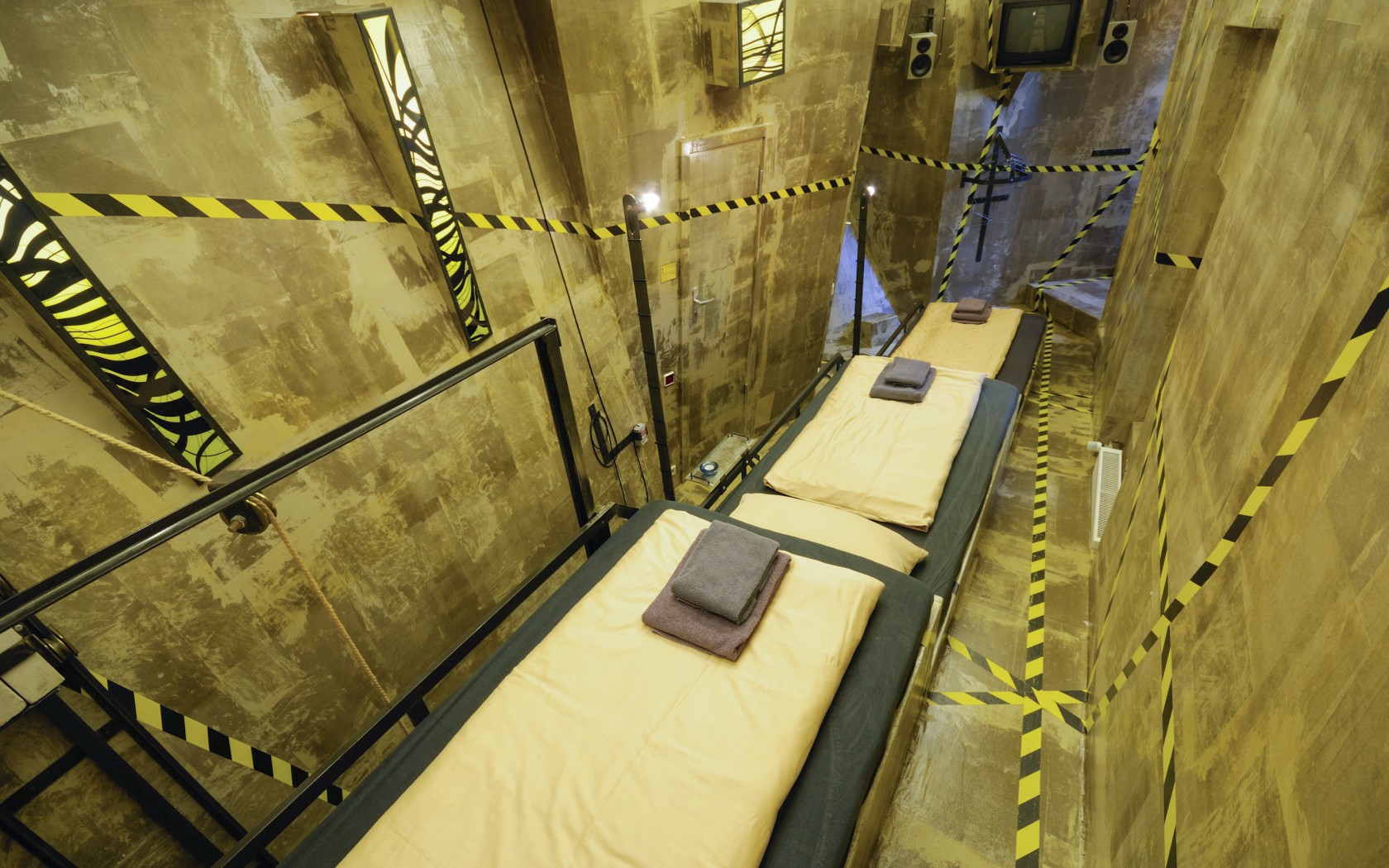 At first glance, stationed on a concrete plinth 15 metres up in the rainforest canopy, this 1965-built Boeing 727 looks as if it’s crashed into the jungle. Not so: the jet was salvaged from San José airport, transported to Parque Nacional Manuel Antonio and refurbished inside with teak panelling. A wooden viewing deck projects from the plane’s right wing. A real flight of fancy. 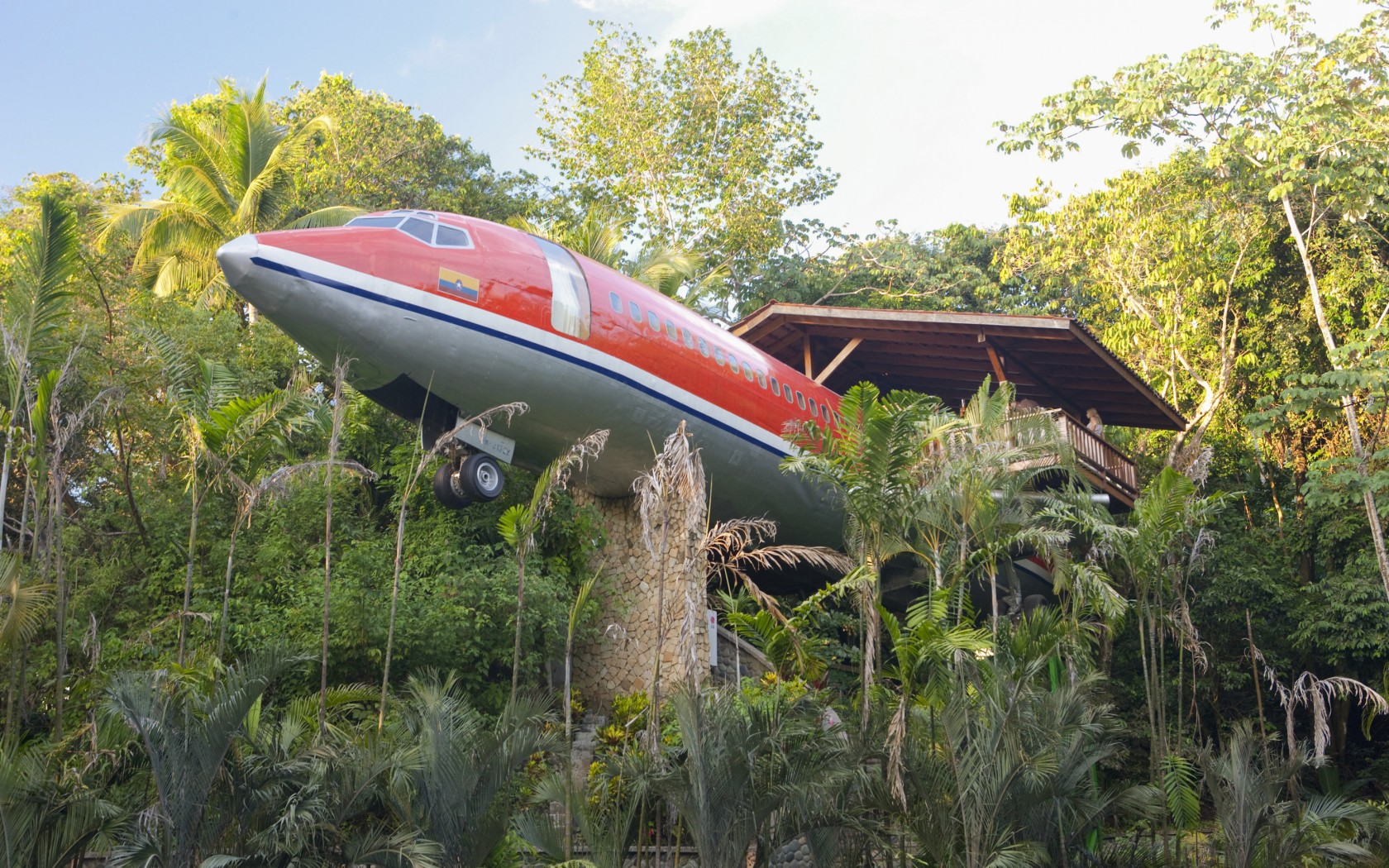 In Cottonwood, Idaho, stands an enormous beagle: ten metres high and five metres wide, and made of wood. His name is Sweet Willy, and you can sleep inside him (there’s a double room in his stomach and a loft room in his muzzle). The wacky conception of his chainsaw artist owners, he is, as they say on a sign: ‘A noble and absurd undertaking’. 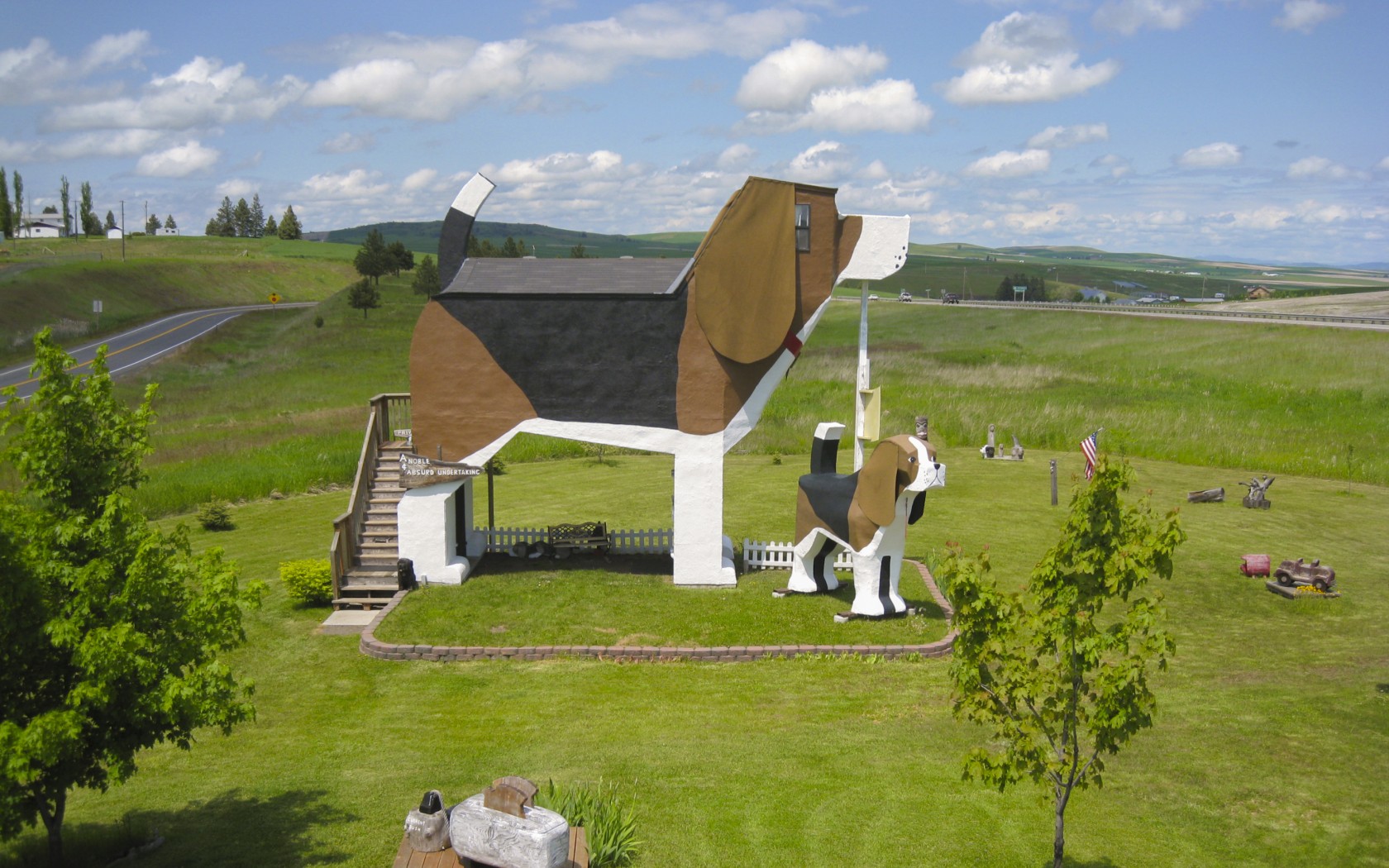 One for kids and big kids alike: in California’s Legoland resort is a hotel dedicated to the humble plastic brick we all love. Over three million pieces were used to create the Lego sculptures that surround the hotel, and each of the 250 rooms has either a pirate, kingdom or adventure theme. 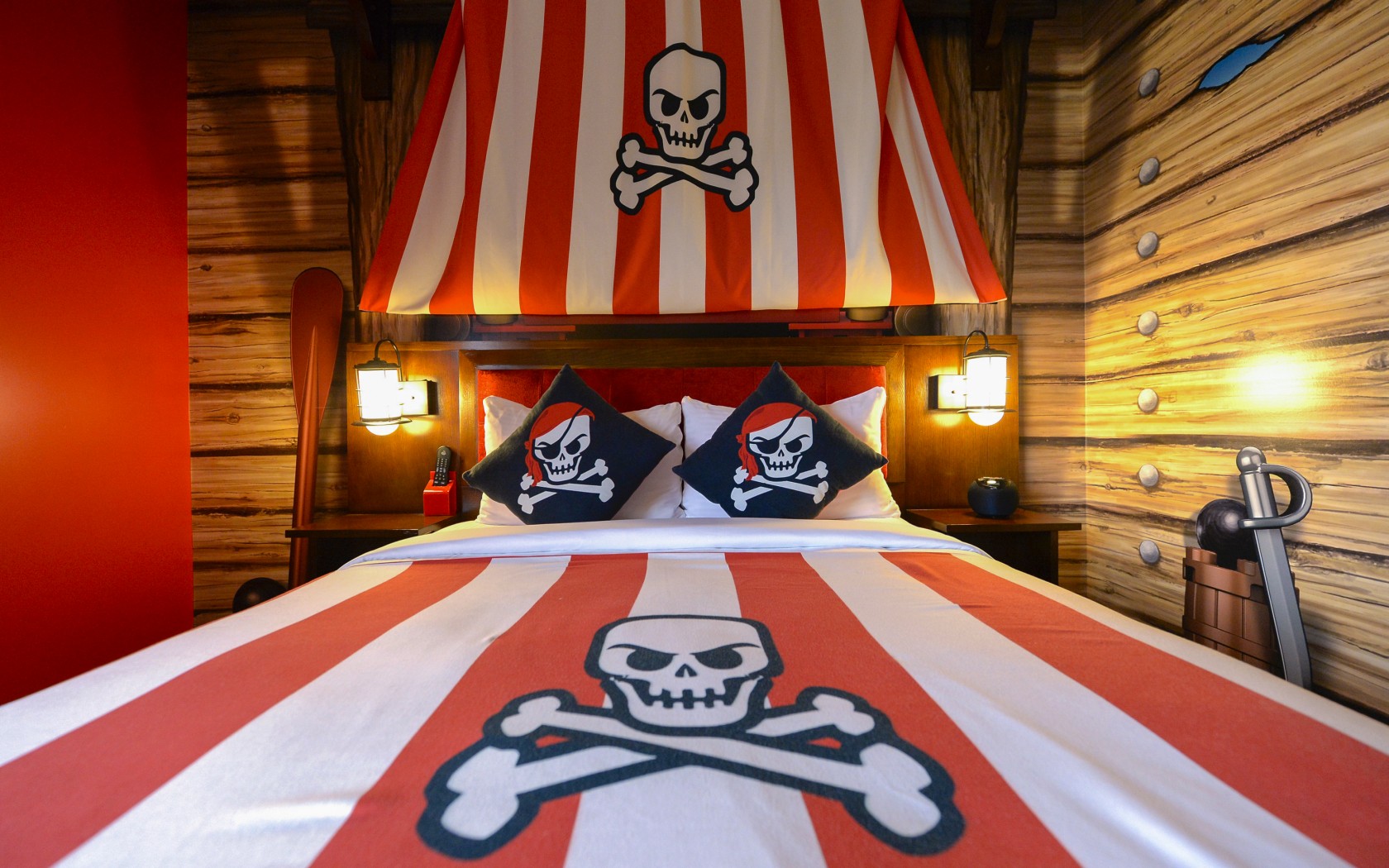 Described as ‘luxury accommodation in bushland surroundings’, Australia’s Mira Mira offers three eccentric habitats, all built by the owners. One is an underground cave, accessed through a doorway shaped like a troll’s mouth. Another is a zen retreat with a ‘bush-style’ Japanese garden and the third is a surrealist woodside cabin clearly influenced by Gaudí. As unconventional as it gets. 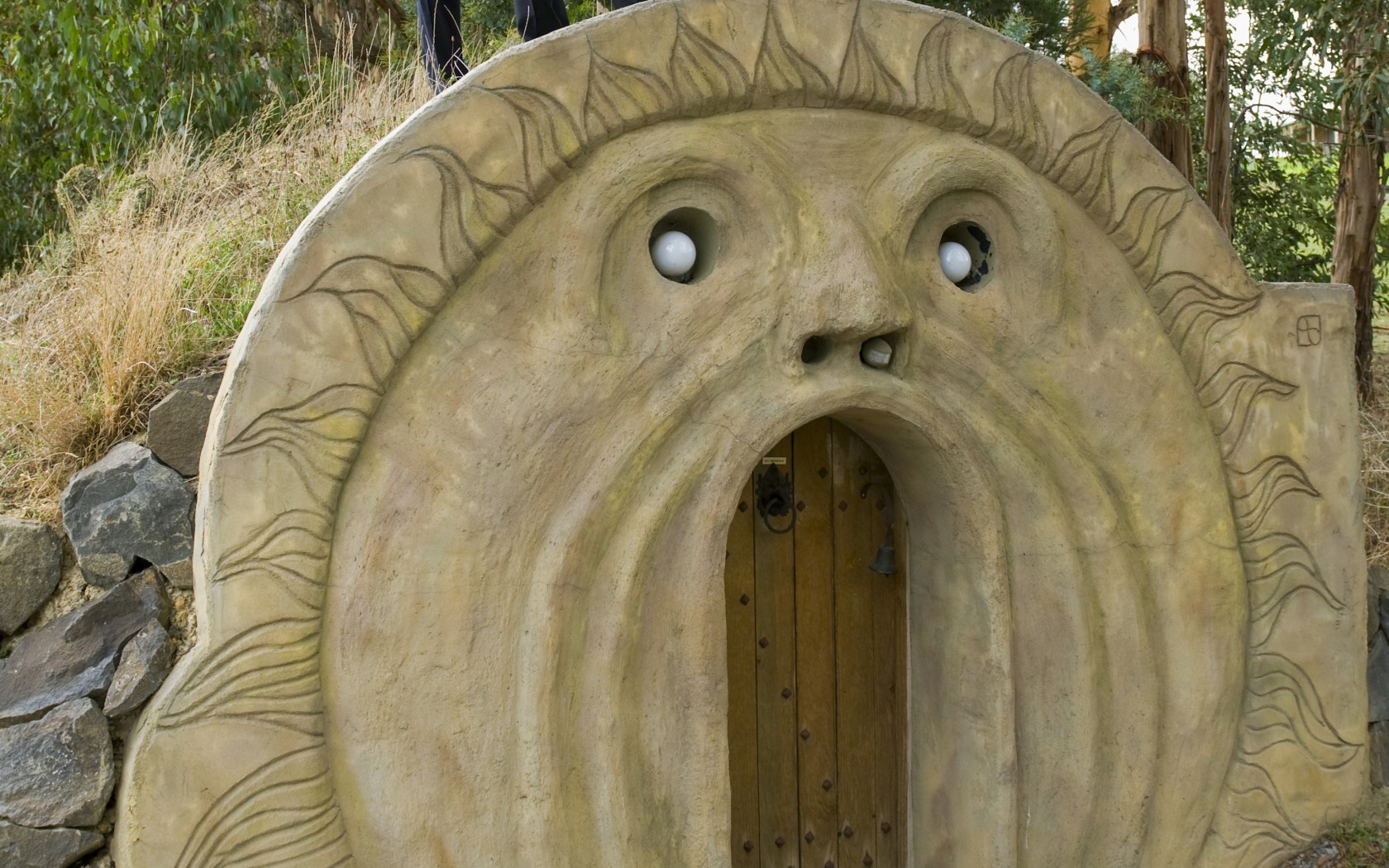 “Under the sea,” sang Sebastian in The Little Mermaid. “Darling it’s better, down where it’s wetter, take it from me.” He would have loved this hotel then, which is built 12 metres below the surface and is akin to living in an aquarium. Guests can also explore the nearby reef in the three-person submarine placed at their disposal. Just don’t ask how much it costs. 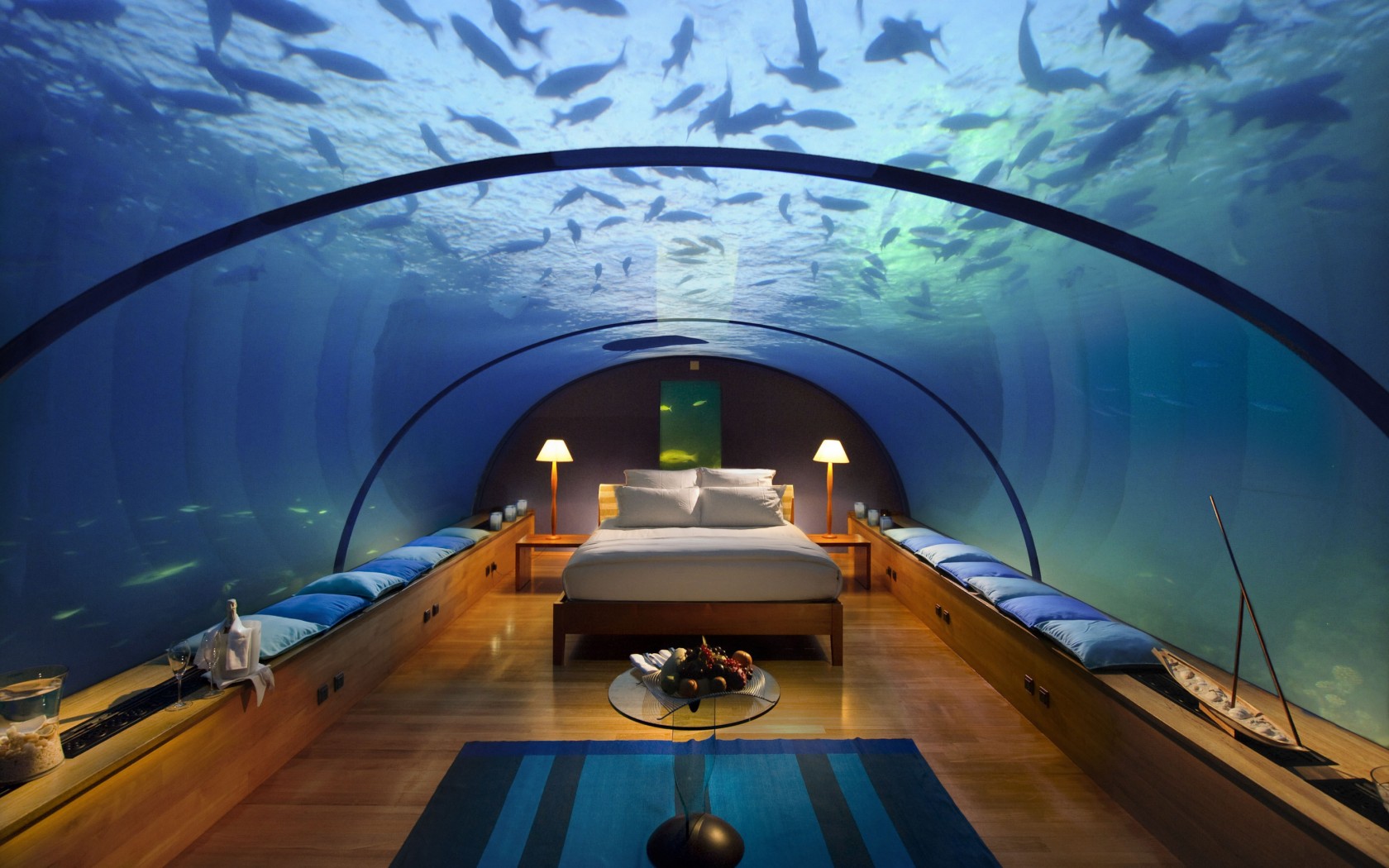 Blink and you’ll miss it: Mirrorcube is one of the rooms at Sweden’s Treehotel, and is essentially a suspended cube surrounded by reflective glass (and infrared film, so the birds don’t crash into it). Blending perfectly into the surrounding forest, the panoramic views from within make for a remarkable hideaway. 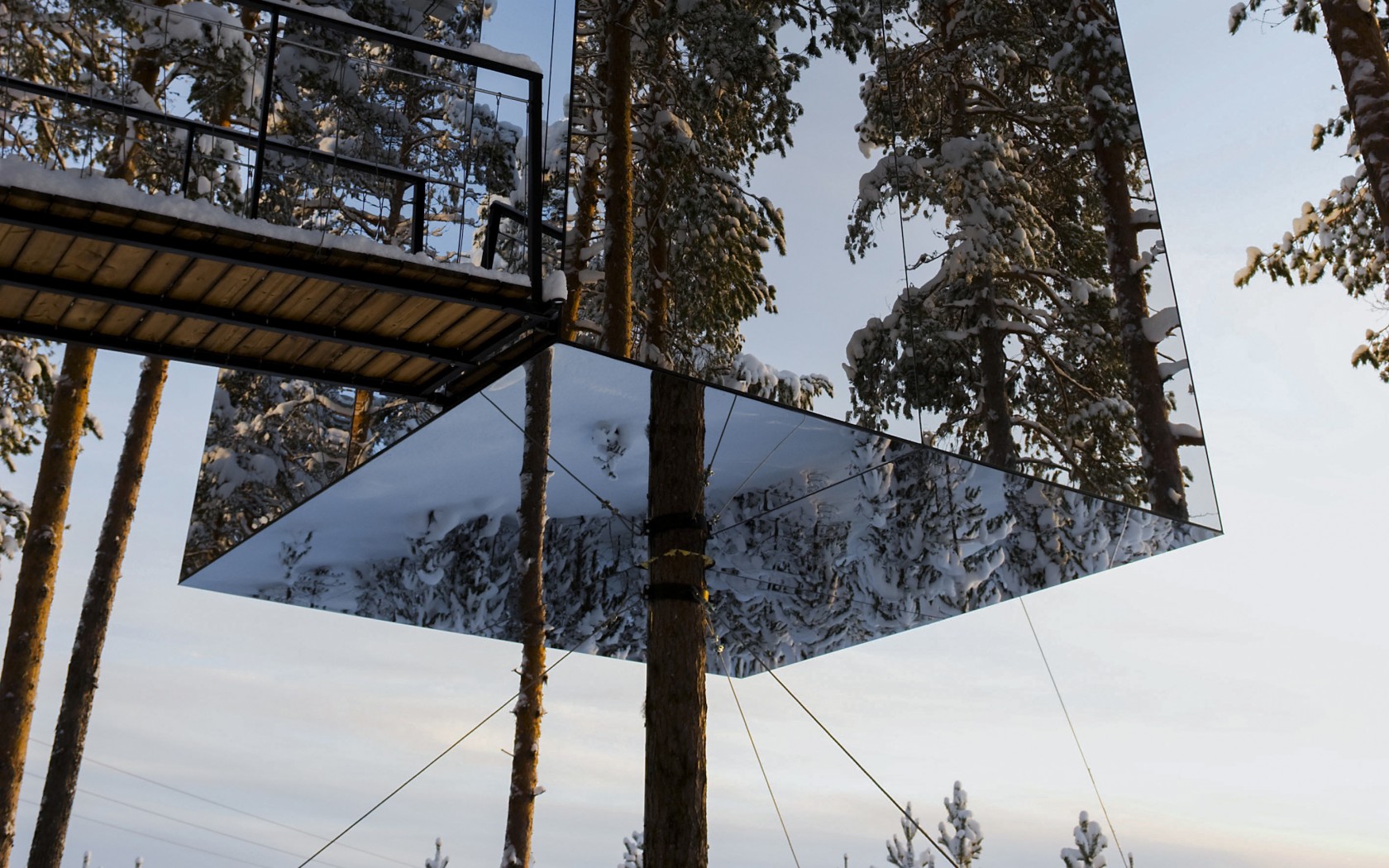 What better way to round off an evening spent wine tasting in the Rhine Valley than by dozing off inside a wine barrel? You can do so at Hotel Lindenwirt in Rüdesheim, where six huge barrels, which once held around six thousand litres of wine, have been decked out with beds and bathrooms. Diogenes would certainly approve. 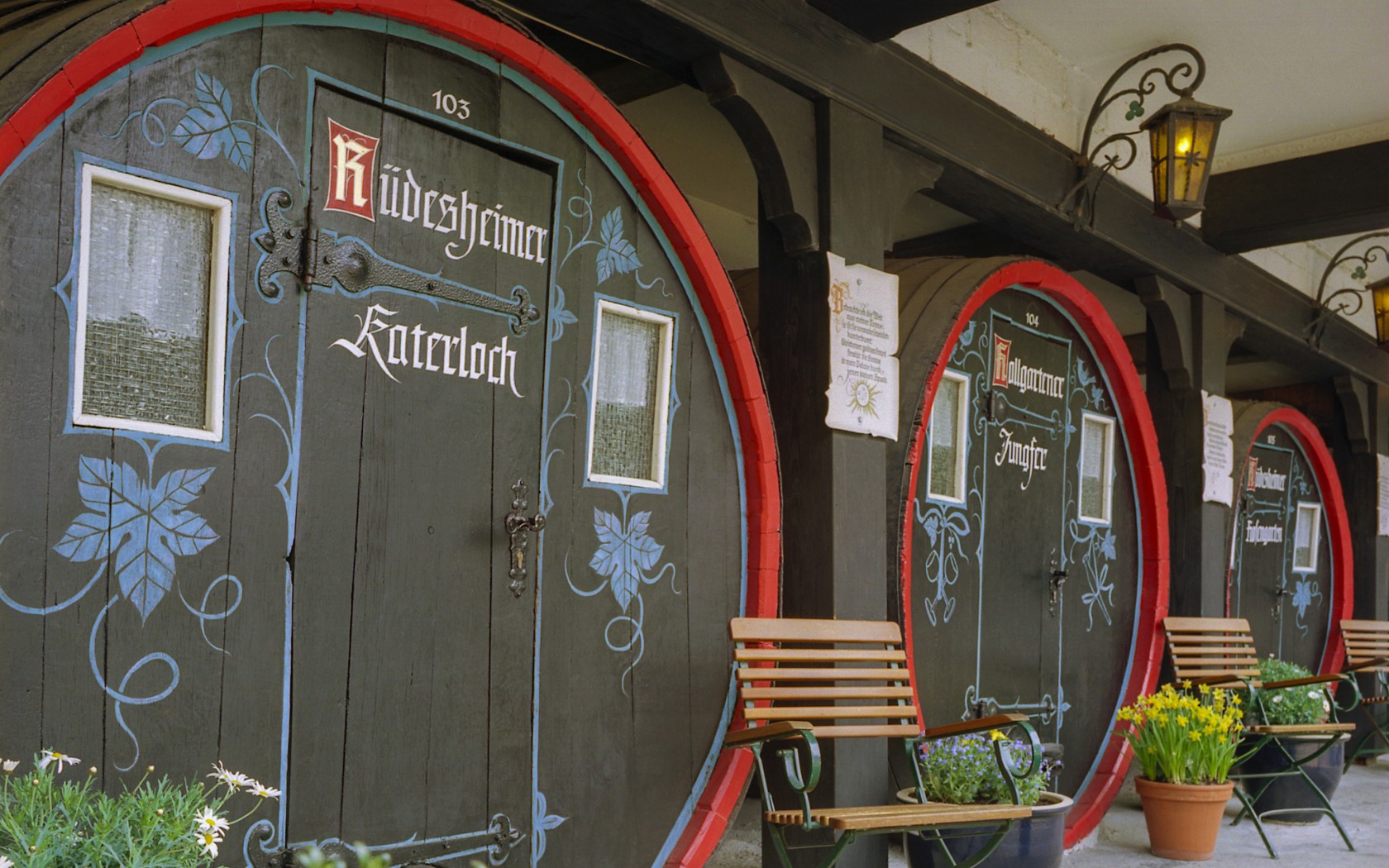