Luxury real estate in Croatia doesn’t have the caché of its more famous Mediterranean neighbors.  But this Balkan nation of 2.4 million boasts more than 1,200 miles of beautiful coastline on the Adriatic Sea and impressive beachfront villas, often selling for far less than ones sold in Greece, Spain and Italy.

“It’s much cheaper and the coast is more beautiful than Italy or Spain,” says Michael Grimm, a real estate agent based in Croatia and a former partner at Engel and Volkers.  “You can get a house on the beach or a sea view for $2,000 per square meter. In Italy it’s more like $10,000.”

Croatia has more than 1,000 islands, second in Europe only to Greece, and stunning natural beauty that should make it a more popular luxury second-home destination.

While residential property prices in Croatia have remained flat overall since the global recession, home prices in many of the most expensive and desirable coastal towns along the Adriatic Sea have been increasing.

Cities like Dubrovnik and Split are among the most popular second-home luxury destinations as are the islands of Hvar and Brac. They’re both located in the Split/Dalmatia region along the southeastern coast.  On the northeastern coast, the Isterian Peninsula town of Opatija remains a prime location for jetsetters. The hilltop village of Istria is sometimes referred to as the Croatian Tuscany.

International buyers in the region are primarily Europeans from Slovenia, Germany, Italy, Austria and Scandinavia. 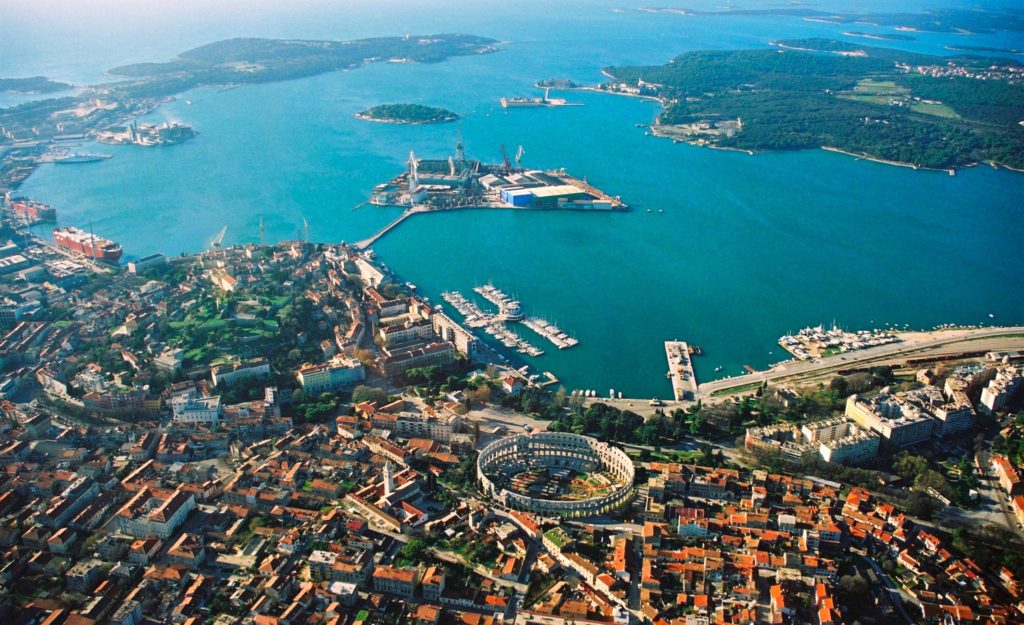 A seven-bedroom villa on the Ciovo Island in the Split Dalmatia region overlooking the Adriatic is currently selling for $2.8 million. The villa is atop a hillside and has amenities like a 115-foot boat garage and an 82-foot pantry.

In Istria, a five-bedroom villa is selling for $3.9 million. It has a 493-foot sea view of the Kvaerner Gulf.   There’s an indoor swimming pool, sauna, fitness studio as well as a duplex for guests and additional apartments for personnel. The garden is described as Japanese meets Mediterranean, and has a swimming pool finished with black marble from Zimbabwe.

Croatia would like to emerge as a bigger player on the international luxury real estate scene. In April, government officials for the first time attended the Luxury Real Estate Fair in Beijing, hoping to lure some of the lucrative Chinese buyers that in the last two years have been heading to Mediterranean countries like Spain, Italy, Portugal and Cyprus.

There are still multiple obstacles facing the Croatian market, according to experts. It’s only been 25 years since Croatia emerged from half a century of communism, and that was followed by a brutal civil war.  Government bureaucracy and a glacially paced judicial system are also negative factors facing the market.